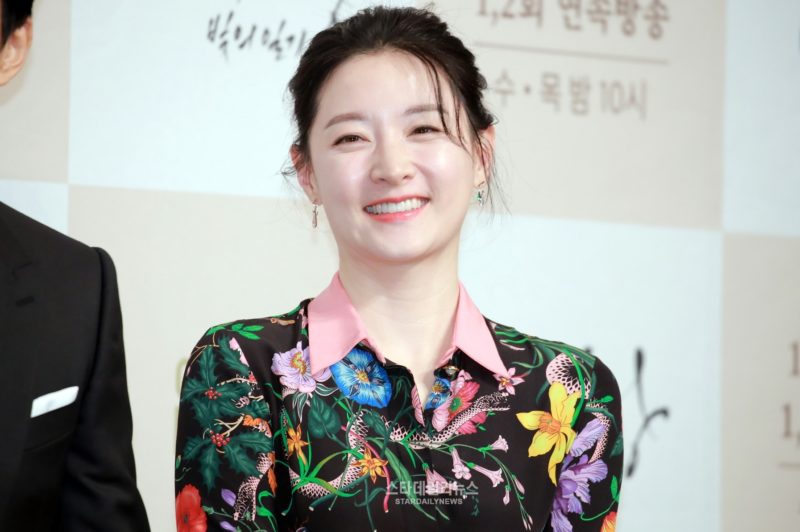 It’s been 13 years since Lee Young Ae’s last drama, the iconic “Jewel in the Palace.” During the January 24 press conference for SBS’s “Saimdang, Light’s Diary,” the actress spoke about how things have changed since then.

Lee Young Ae said, “I’m a working mum now. There is a difference between acting [the role of] Dae Jang Geum as a single person and acting [the role of] Saimdang as a wife and mother. It feels like my [acting] range has widened, and my color (character) has deepened. I think acting is more interesting.”

She also said, “I began working on the drama with the thought that as a working mum, I wouldn’t be any different from Saimdang in the past.”

Elaborating on the character, she continued, “Saimdang isn’t a saint. She started out thinking if it was enough to be just a perfect wife and mother. She had no choice but to be strong, balancing housework and her art. This type of bold image overlaps with Dae Jang Geum. The enjoyment for viewers will differ according to how they perceive Dae Jang Geum in Saimdang.”

Many things may have changed for Lee Young Ae over the years, but her dedication to her craft has not. Back in the days of “Jewel in the Palace,” the actress had taken classes in cooking royal cuisine for about a month, to prepare for the role. This time, she also learned folk painting for about a month as well, for a painting scene in “Saimdang, Light’s Diary.”

Lee Young Ae explained, “The handwriting and actions should at least be different, so I took lessons in those. Actually, Saimdang didn’t leave behind many paintings. The painting ‘Grass and Insects’ is very famous, but she’s also well-known as a landscape painter. That’s why, other than charming folk paintings, I also want to show her as a dynamic artist filled with passion. Although not much is left, I thought that I should show a painting that she might have drawn.”

“Saimdang, Light’s Diary” will begin airing on January 26. Watch the trailer below!