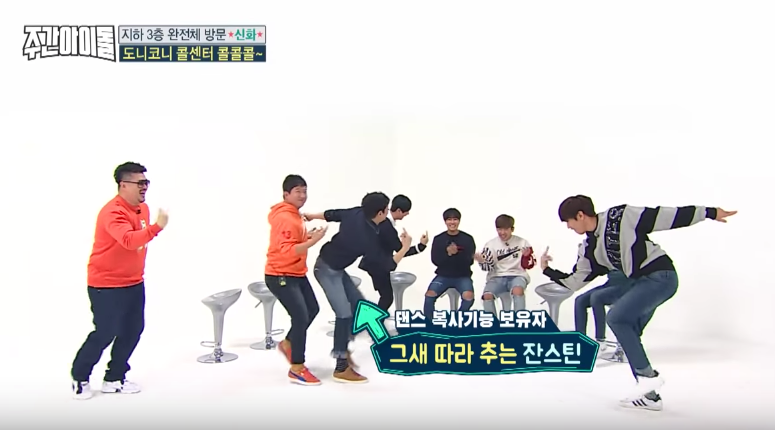 You’ve never seen a cover of a girl group dance quite like this.

On January 25, Shinhwa made a guest appearance on MBC Every1’s “Weekly Idol” for the first time ever. As expected of long-term idols who know a thing or two about variety, they were absolutely hilarious while parodying some of Eric’s dramas, and even attempted to dance “Wild Eyes” in double time.

That was just the beginning, as they were ushered into doing another popular segment, covering other groups’ dances. Member Lee Min Woo, who often dances to his juniors’ songs at his own concerts, started things off with a cute, but standard, interpretation of TWICE’s “TT.”

He then suggested that Eric goes next, since “all the members know this. You can’t leave out Eric when talking about dancing.”

Eric is given another TWICE song to dance to, but refused to make the iconic “Shy Shy Shy” part of “Cheer Up” his focus. Instead, he gave his best model walk, before starting his engines and “dancing.” Moving in every direction his body will possibly let him, he literally bent backwards when the chorus hit, and continued to squirm up and down. 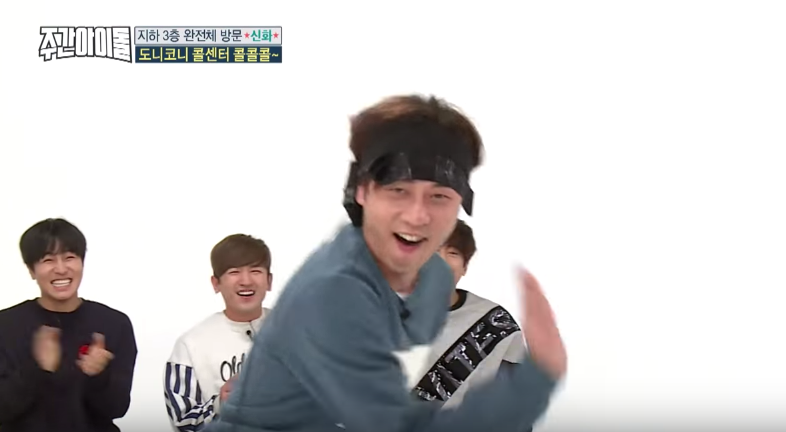 To follow this over-the-top performance was Andy with an even more ostentatious dance. With I.O.I’s “Very Very Very” playing in the background, he started to take off the velcro strap holding his mic in place. While everyone thought he was going to cast it aside, he instead unexpectedly wrapped it around his head before he began to dance with the most peculiar expression on his face. He ended by energetically sliding on the group, and even left behind scuff marks.

One thing’s for certain, it takes a large amount of confidence to be able to do this sober. Watch Eric and Andy’s hilarious attempts below!

Andy
Eric
Shinhwa
Weekly Idol
How does this article make you feel?