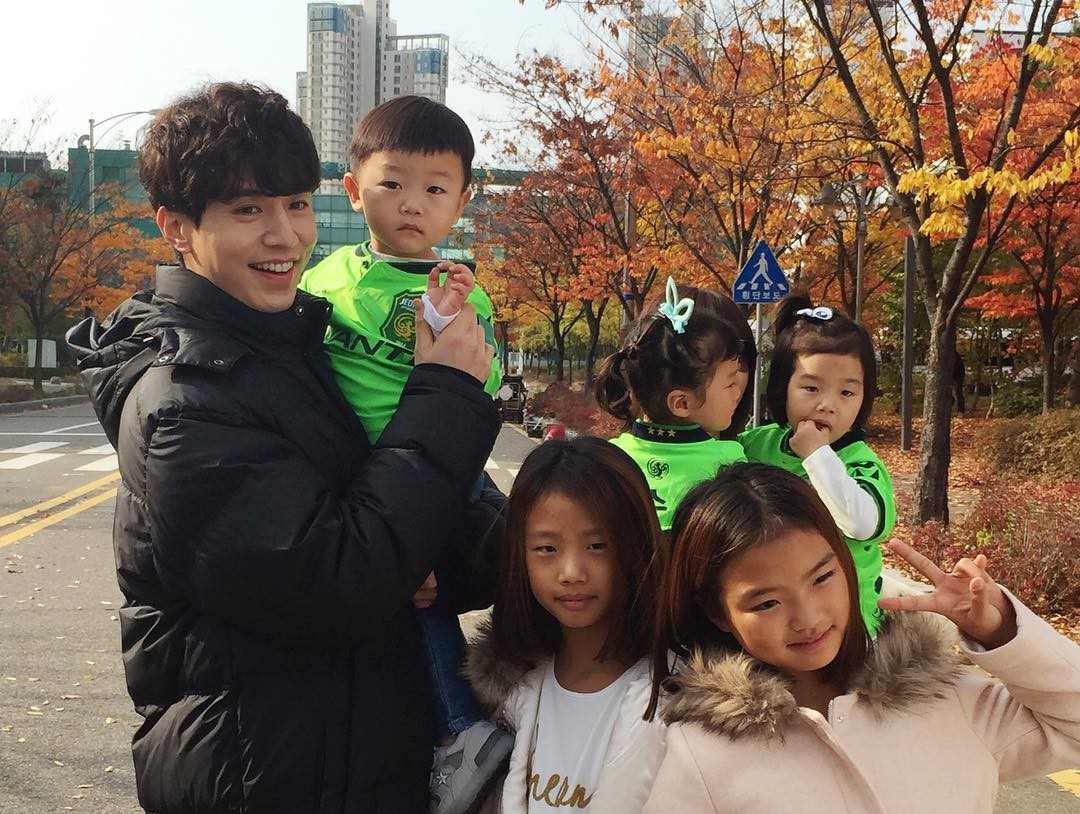 There’s no doubt about the love between the Lee siblings and Lee Dong Wook, unless the latter is dressed as the Grim Reaper.

Behind-the-scenes clips of Lee Dong Wook in “Goblin” were released through Naver’s V Live yesterday, which you can find here. Fans of the cute relationship between the actor and the children were delighted to see that Lee Dong Gook’s children, accompanied by their mother Lee Soo Jin, had visited their beloved Uncle Dong Wook on the filming set of “Goblin.”

Unfortunately, Lee Dong Wook’s all-black Grim Reaper suit appeared to be too frightening for the children. Both Seol Ah and Soo Ah turned away from him when he approached them, and while Daebak seemed alright with being carried by Lee Dong Wook, he kept his gaze averted the whole time, with a confused expression as though thinking, “This is not the Secretary Lee I know.” 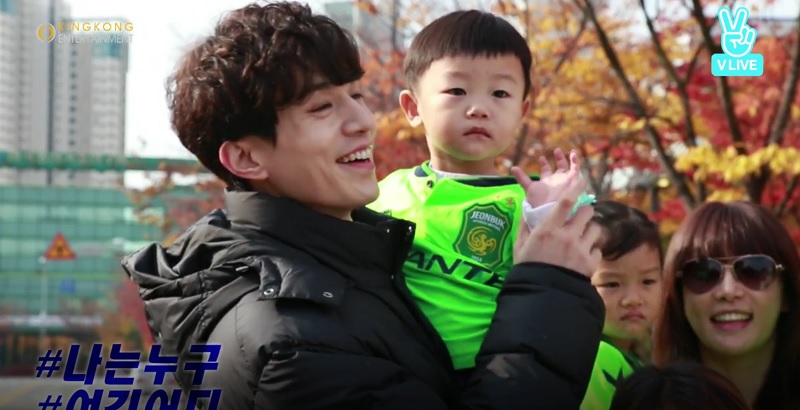 But it looks like the children have forgotten completely about the scary suit, and have gone back to wholeheartedly missing their Uncle Dong Wook. In the latest episode of “The Return of Superman,” as the kids were approaching Daebu Island, Soo Ah remembered that they had been here before with Lee Dong Wook. She also recounted the incident where she had fallen down, and Lee Dong Wook had picked her up and hugged her. Seol Ah then declared, “[He’s] a prince, a prince.”

As she looked out of the window pensively, Soo Ah said, “I miss Uncle Dong Wook.”

Hope they get to meet him again soon!

You can also watch the episode of “The Return of Superman” below!