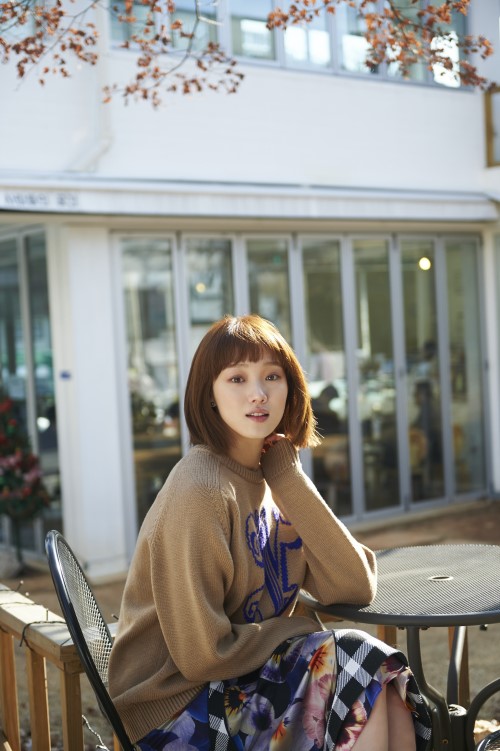 It seems like Lee Sung Kyung’s life has taken a positive turn after starring in “Weightlifting Fairy Kim Bok Joo.” The character was very much like her true self, and the actress’s bright personality during a recent interview showed that she had received positive energy from playing Kim Bok Joo.

When the drama ended, Lee Sung Kyung said she felt so happy that she cried. She explained, “I think I was very happy. I realized it once the drama ended. I was happy even as I was filming it, and to see myself tear up after it ended made me confirm that I had fun [while filming].”

The actress apparently cried the whole time while the last episode was airing. She said, “I don’t remember anything because I cried while watching the last episode. I was so sad. It was hard to let the drama go because it was so good. It felt like family. People told me I cried for an hour and a half.” 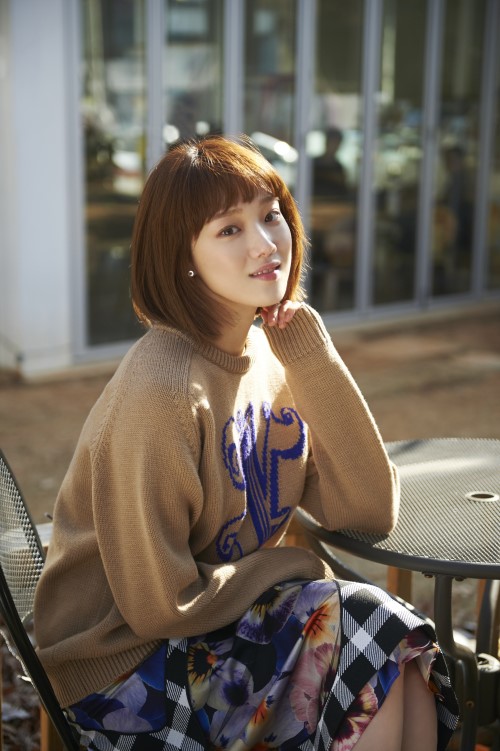 Lee Sung Kyung also pointed out how “Weightlifting Fairy Kim Bok Joo” is different from her previous works, saying, “I showed my innocent feelings. It was a very innocent and cute drama.” About her character, she said, “I played a weightlifter. I wondered if people could accept the character if I played it because I didn’t know anything about weightlifting. But I read the script and realized it was so fun. From then on, I started thinking and studying about the character Bok Joo. It felt like something was telling me to play the part. When I did, I was able to be comforted by this drama and so my health improved even though my schedule became very hectic.”

About her weight gain, Lee Sung Kyung remarked, “I gained even more weight as I was filming the drama. When I was just starting to gain weight, I saw an article that said I’ve become heavier. But that article only marked the start of my weight gain. I kept gaining more and more weight. It was a matter of eating more and getting bloated in order to match with Bok Joo. I think my weight was at its peak during the middle of the drama. I even thought about not losing the weight since my body had become muscular due to weightlifting.”

However, the actress also addressed the side effects of gaining weight in a short time, saying, “I became addicted to carbs and I started seeing stretch marks. I did feel a bit sad knowing that stretch marks don’t go away easily, but those thoughts disappeared once I was playing Bok Joo again.” 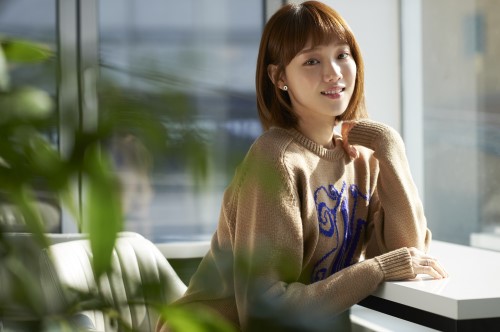 Although she has been praised through this drama, her acting career wasn’t always a path of flowers. Lee Sung Kyung later spoke up about having received criticism in “Cheese in the Trap,” saying, “I expected [to be criticized]. [In Ha’s] presence in the drama was too strong, and that kind of personality was not what the viewers had in mind. I should’ve acted in a way that wouldn’t overwhelm the audience. All I can do from now on is act with sincerity. Although In Ha is a cartoon character, I believe there are people like her in real life. If I had more experience in acting, I would’ve adjusted [her energy].”

Unfortunately, “Weightlifting Fairy Kim Bok Joo” ratings were not as high as expected, especially since it aired during the same time frame as “The Legend of the Blue Sea.” The actress acknowledged this and said, “I think it’s destiny. I don’t think I can do anything about that no matter how hard I try. It’s a matter of luck. I’m just going to focus on what I can do, and that is giving everything I’ve got while acting. Although the viewership ratings weren’t high, I felt the love that the viewers were giving us. I am very thankful.”

Lastly, she explained what kind of actress she hopes to become. “I want to become a trustworthy actor. I don’t expect people to watch everything that I appear in because of my performance, but I do hope that they can trust me. I am very thankful for the temporary praise that I am getting at the moment. That’s why I am trying to stay more sincere.”

Watch “Weightlifting Fairy Kim Bok Joo” from the beginning below!