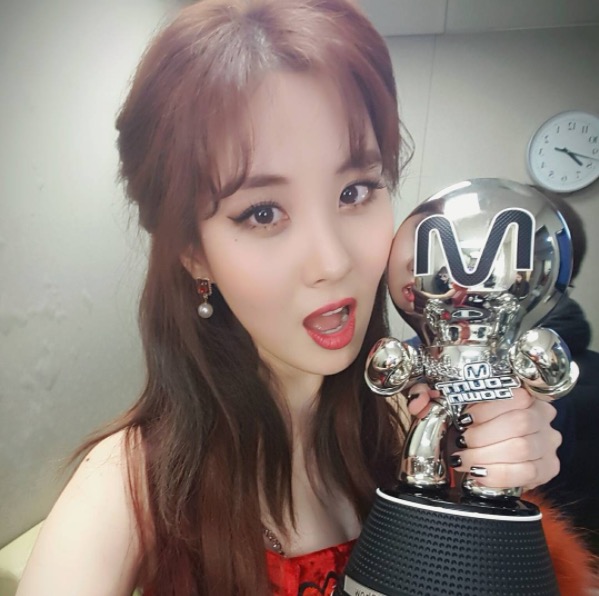 Watch: Seohyun Grabs Her 1st Ever Solo Music Show Win With “Don’t Say No” On “M!Countdown,” Performances By AOA, NCT 127, And More

Girls’ Generation’s Seohyun has taken home her first ever music show trophy as a solo artist!

On January 26’s episode of “M!Countdown,” Seohyun’s new solo track “Don’t Say No” was up against Akdong Musician’s “Last Goodbye” for first place. Seohyun won with a score of 7,411 to 6,041, and was shocked by the results!

She expressed her surprise at winning the trophy, and thanked her fans, Lee Soo Man for believing in her, SM Entertainment staff, and everyone who liked her song. She later shared a selfie with her trophy to her Instagram, and thanked everyone again in the caption.