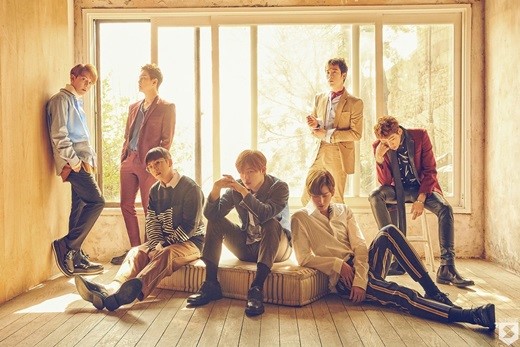 Park Kyung has taken to Twitter to clear up a misunderstanding about Block B’s upcoming track.

On January 26, the group shared a teaser photo for a new release entitled “Yesterday” that is due out on February 6 at midnight KST. It was later reported that the song will not be a comeback, but rather a special single written and composed by member Park Kyung.

One article that was retweeted by Block B’s official Twitter described the track as a “‘fan special song’ to be released ahead of the group’s fan meeting on February 11,” leading many readers to believe that the track was specifically written as a “fan song.”

On January 26, Park Kyung wrote a message to fans on his Twitter to clear up what he described as a misunderstanding that arose because of the article. He stated, “The new song ‘Yesterday’ is not a fan song, including the lyrics! I think the article took that direction because our fan meeting is coming up.”

“It’s a song that I’ve worked hard to create, so I’m upset that it’s being seen as though it’s an event song made just for the fan meeting,” he wrote. “Of course, while I was making it I was excited about having our fans listen to it, so it could be seen as a ‘fan song’ in that way, but still! It’s a super exciting song, so I think you can forward to it!”

His fellow group members Zico and Jaehyo have both retweeted Park Kyung’s message to fans.

Are you excited for Block B’s new track “Yesterday”?