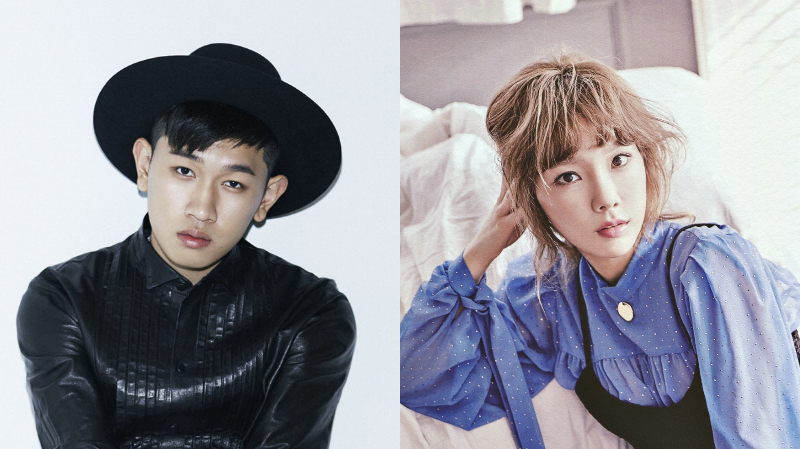 Crush and Girls’ Generation’s Taeyeon have an adorable friendship!

When Crush recently held a live broadcast on Instagram, many people noticed one particular idol leaving a stream of amusing comments.

Calling him by his real name, Shin Hyo Seob, Taeyeon asked him to say her name a couple of times. When he didn’t, she added, “I asked you to call my name…and you turn on music instead.” 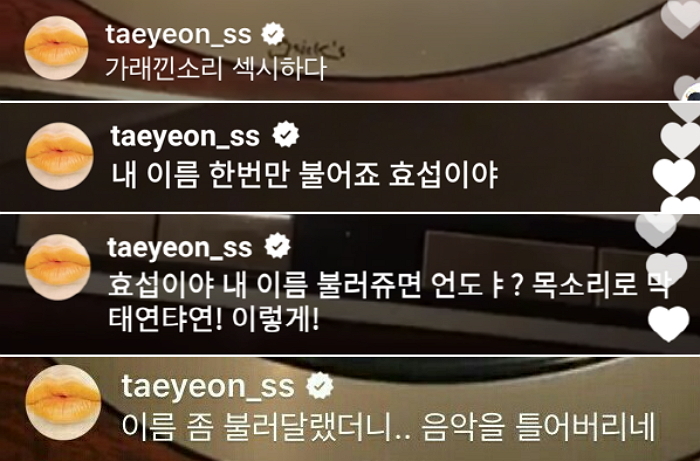 She later turned her attention to Crush’s adorable dog Duyu (meaning soymilk in Korean), commenting things like, “Duyu must be happy to be listening to good music… Don’t fool [Duyu] with a cracker. How excited he must have been thinking [he was getting] a cracker. Hi Duyu. But are you a girl or a boy?”

Teasing comments aside, Taeyeon also supported and provided commentary for some of the songs Crush played during the broadcast. She wrote, “This song sounds like something that you would hear when you’re selecting a car in a [racing] game. Like when you choose cars during those games you play at arcade centers. This is good. It’s really awesome.” 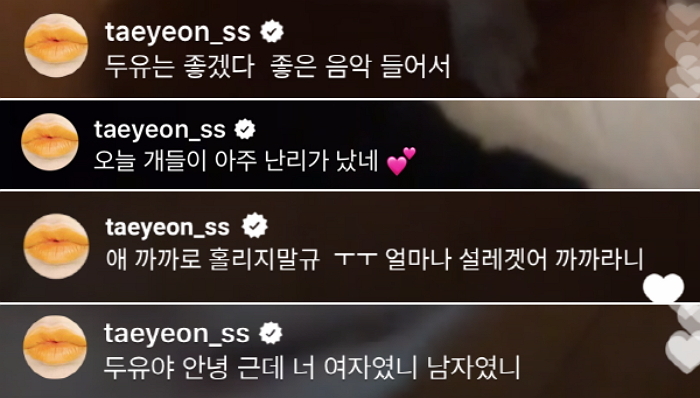 The two singers previously collaborated together when Taeyeon featured in Crush’s single, “Don’t Forget,” approximately a year ago back in January 2016.

Taeyeon was not Crush’s only celebrity friend to tune in. Jay Park, Jessi, and Dean all reportedly left comments during the live broadcast as well.

*A previous version of this article incorrectly stated the name of Crush’s dog.