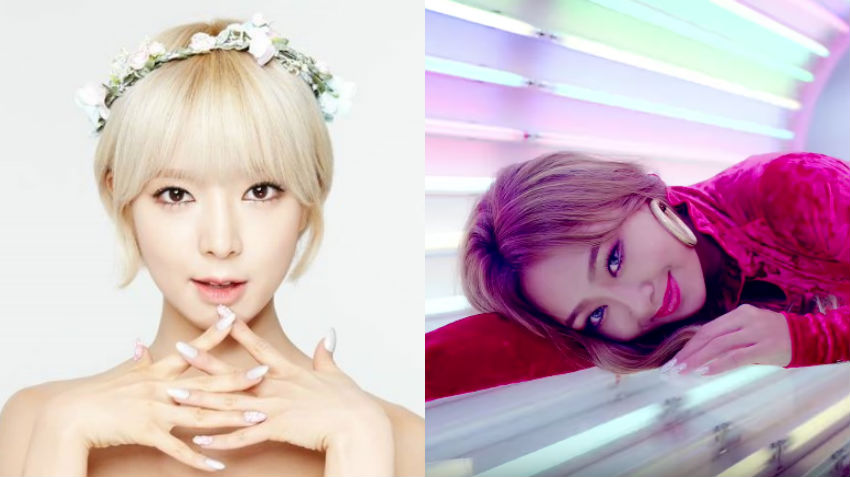 On January 26, AOA was a guest on MBC FM4U’s “Tei’s Dreaming Radio,” where the members talked about their comeback track “Excuse Me” and more.

During the broadcast, AOA’s Choa was asked if she was considered to be in the top 3 vocalists of K-pop girl groups. In response, she jokingly commented, “I can’t even count my age with one hand, but it’s the same thing [in terms of my vocal abilities].”

When asked to name a vocalist who she liked, Choa picked SISTAR’s Hyorin. She then talked about an experience she had with the SISTAR member, saying, “[Before debut] I saw Hyorin sing at an open audition. I thought one can achieve anything if they gave it their all, but Hyorin’s talent was too remarkable. It was shocking. Whenever I see her, I still think she sings so well. She might be younger than me, but I’m always learning from her.”

Meanwhile, AOA is currently promoting with their first studio album, which contains their double title tracks “Excuse Me” and “Bing Bing.”