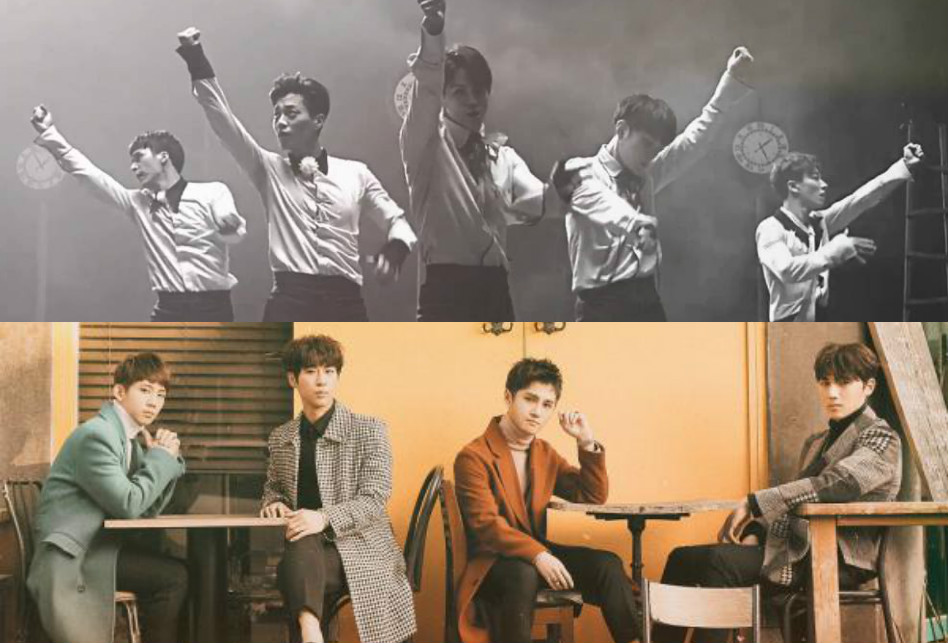 Rookie boy group B.HEART’s track “Realistic” has recently been swept up in controversy for sounding extremely similar to BEAST’s “Ribbon,” combined with two of their other tracks, “12:30” and “Butterfly.”

Following their agency’s denial, composer StayAlone has spoken out about this matter.

He wrote, “Hello. This is producer StayAlone.

While the songs recently involved in the plagiarism controversy, BEAST’s ‘Ribbon’ and B.HEART’s ‘Realistic’ may sound very similar to the audience, if you compare the two tracks, it is difficult to say that there is a likeness between the two melodies.

Furthermore, to offer an explanation for the opinion that the instrumentals for ‘Realistic’ and ‘Ribbon’ are similar, tracks in a triple time have a smaller range of difference compared to those in quarter time. In addition, the use of a similar fill-in may cause the listening audience to perceive the two tracks as having a similar atmosphere.

I would like to state that it was not plagiarism, and that I should have been more attentive about the controversial parts that caused misunderstandings. It was my mistake to not have been more prudent.

I send my apologies to everyone at Around Us as well as seniors Yong Junhyung and Kim Tae Ju, who were inconvenienced by this matter. I will be more careful producing every track after track, from now on, to make sure something like this does not happen again. I will become a producer who works harder.

I sincerely apologize once again to the respective groups’ fans as well as the general public for causing worry.”

Kim Tae Ju, the co-composer of “Ribbon,” commented on this post and said, “Hey. Aren’t you being too shameless right now?”

Yong Junhyung has also addressed this issue, offering a very different explanation of the situation from his perspective.

What are your thoughts on StayAlone’s explanation and apology?

BEAST
B.HEART
StayAlone
How does this article make you feel?