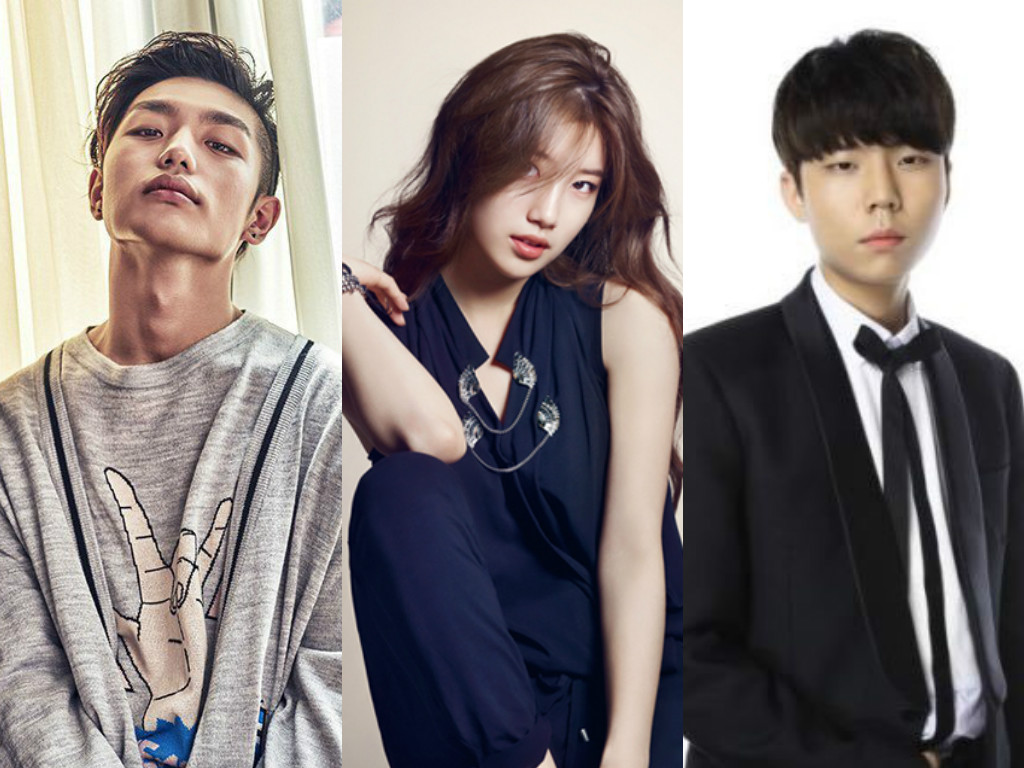 Sam Kim and Jung Seung Hwan only had good things to say about collaborating with Suzy!

The two Antenna Music labelmates appeared on the January 27 broadcast of KBS Cool FM’s “Kiss The Radio,” where they talked with host Lee Hong Ki about their careers.

During the episode, Sam Kim was asked to share the story behind his collaboration with Suzy, who he recently joined for a special acoustic version of “Yes No Maybe” for her new reality show “Off the REC. Suzy.”

“Three days before I met with her, my manager came and asked me if I was able to listen to a song at around midnight the next day and follow it [on my guitar],” the singer began. “I said that I would give it a try, and the song ended up belonging to Suzy.”

Upon watching their performance, many fans were teasing Sam Kim for his obvious enthusiasm to work with Suzy, saying things like “Sam Kim’s eyes have hearts coming out of them.”

In response, the singer bashfully admitted, “I had just found out that I was going to meet Suzy about a half hour before, so I was really embarrassed. It was like a surprise had been prepared for me.” 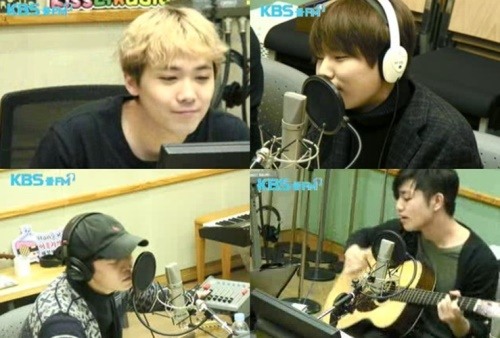 The topic then moved to fellow guest Jung Seung Hwan’s experience working with Suzy during his time on “K-Pop Star 4.” The two had performed a special duet stage together during the program’s semi-finals.

“I couldn’t believe that Suzy was sitting there,” he gushed, having been so nervous that he did not even recognize her at first. “I was so shy that I couldn’t even look at her.”

“But when I found out that Sam Kim was also singing a duet with Suzy, I thought, ‘The people in our company are really lucky,'” he added with a laugh.

How would you react if Suzy wanted to collaborate with you?

Suzy
Sam Kim
Jung Seung Hwan
How does this article make you feel?