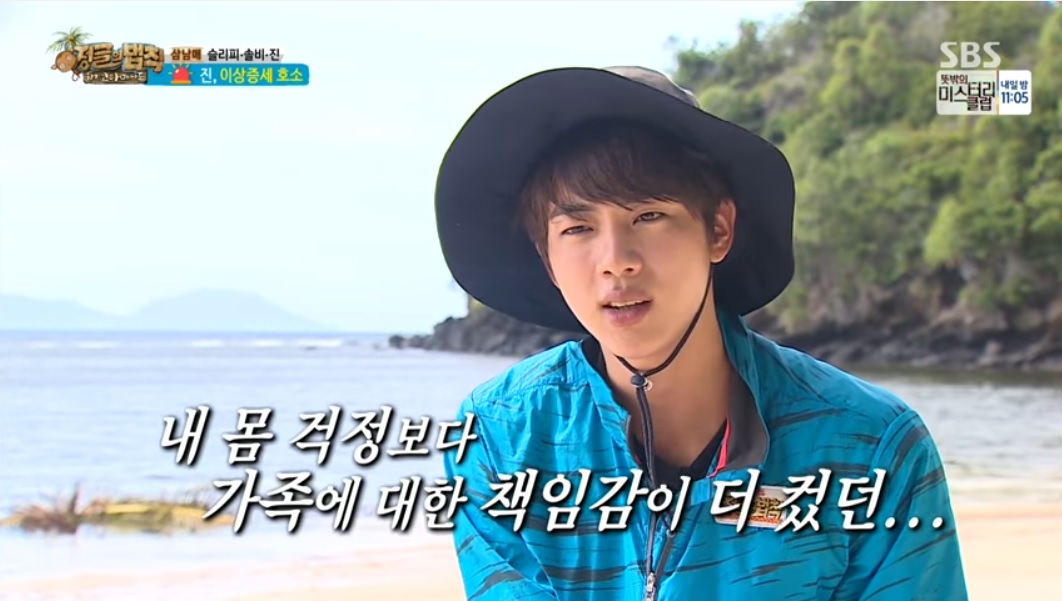 BTS’s Jin Struggles With Fatigue On “Law of the Jungle”

BTS’s Jin worried his fans as he struggled with his health on “Law of the Jungle.”

During the January 27 broadcast of the SBS show, the BTS member, along with Sleepy and Solbi, parted ways with the main group.

Despite being the youngest of the three, Jin took responsibility for hunting food, saying, “For Sleepy who can’t dive well and Solbi who is afraid of water, I thought I should at least go hunt so we can have something to eat.”

As such, despite the pouring rain, Jin and Sleepy headed to the waters and diligently hunted fish. 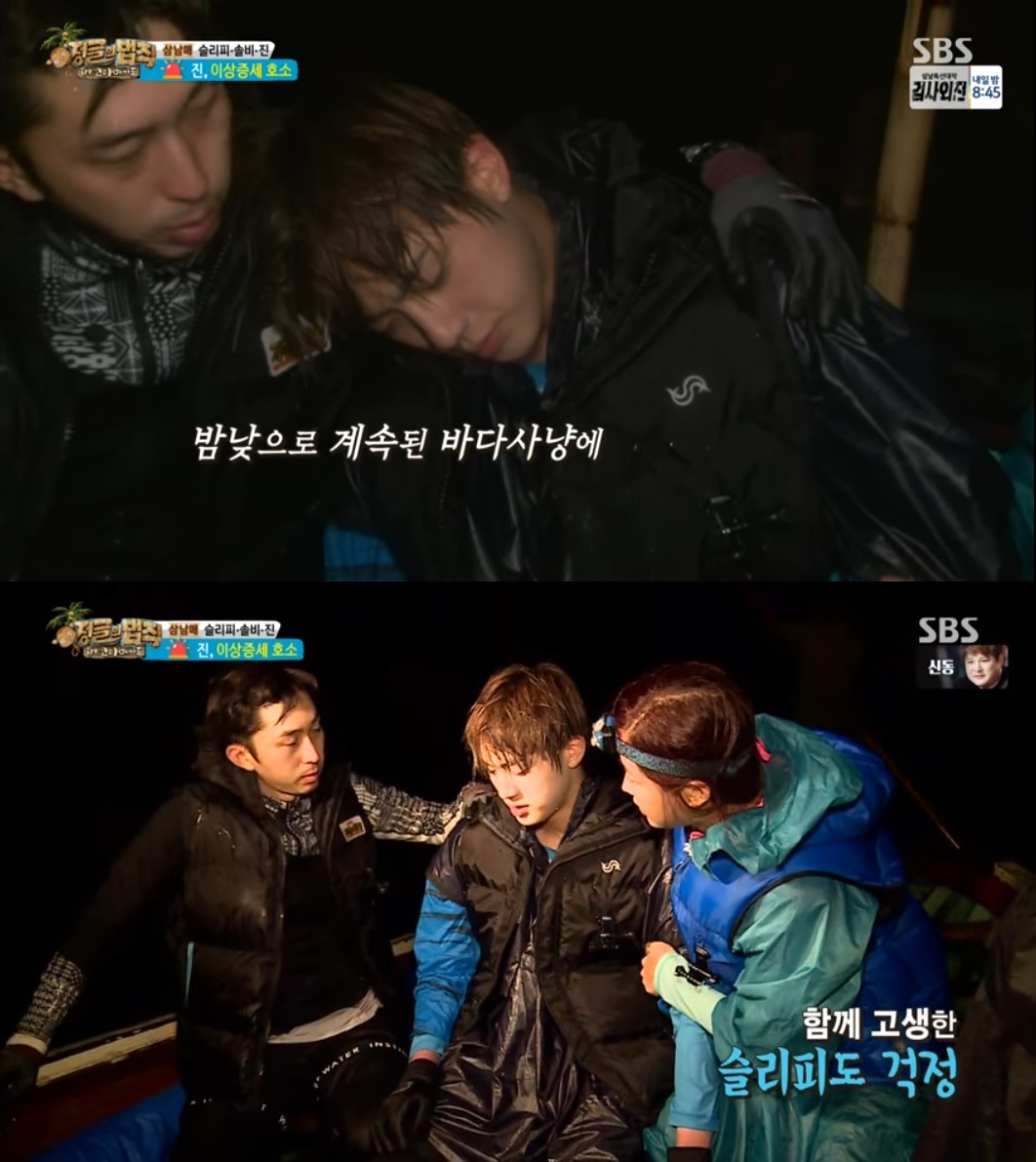 However, as soon as they finished hunting and boarded the boat, Jin began feeling unwell. Appearing dizzy and exhausted, he said, “I think I’m going to throw up.” With little to eat, Jin’s fatigue had been accumulating, and his stamina seemed to be reaching a breaking point after diving at his exhausted state.

On the boat, Sleepy remarked, “He dived more than I did,” as Jin leaned on him, while Solbi massaged Jin. 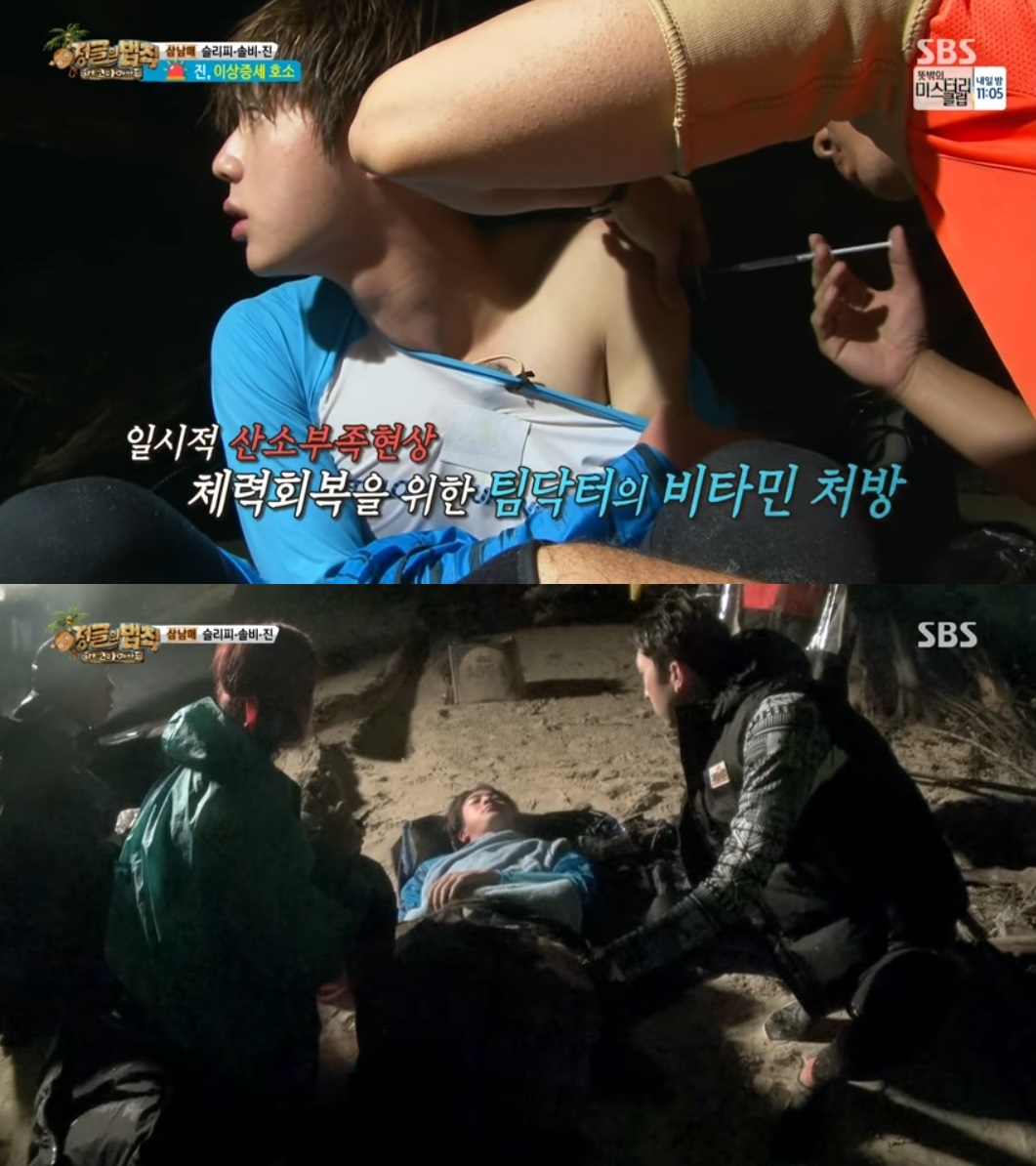 Fortunately, he was then given a vitamin injection from the staff doctor. After lying down to rest with his teammates watching over him, Jin soon recovered, relieving viewers and the crew.

BTS
Law of the Jungle
Jin
How does this article make you feel?