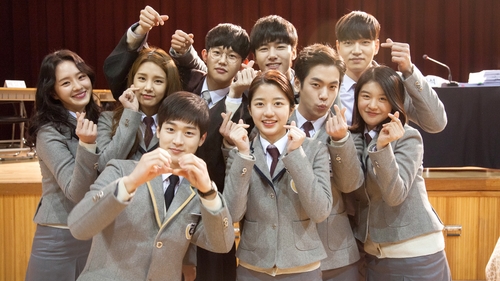 JTBC’s Friday-Saturday drama “Solomon’s Perjury” aired its final episode today (January 28), and the main casts of the drama delivered their final thoughts along with cute photos.

Actress Kim Hyun Soo, who played Go Seo Yeon in the drama, said, “I was happy to have been part of ‘Solomon’s Perjury.’ The excitement I felt on the first day of filming still feels fresh in my mind but I can’t believe it has already ended. I think the days I spent as Go Seo Yeon will remain as a good memory. Thank you for giving us so much love.”

Actor Jang Dong Yoon, who played Han Ji Hoon, had gotten a lead role in the drama shortly after his debut. He relayed his thoughts about the drama, saying, “It feels like yesterday that I shot the first scene, so the fact that [the drama] is already over doesn’t settle in very well. I feel relieved but sad. I don’t think I could forget this moment because I spent it with great colleagues. I think it’ll be one of my most important dramas in my acting career. Thank you for all the love.” 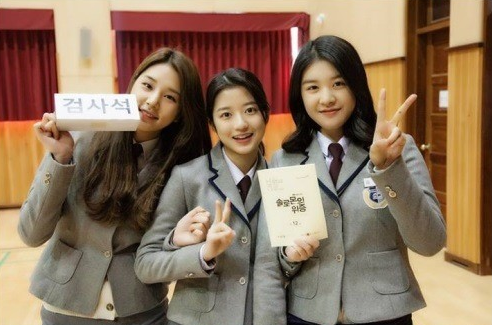 Seo Ji Hoon, who played Bae Joon Young, commented, “I had a great time thanks to all the amazing people I met through ‘Solomon’s Perjury.’ It was hard at times, but I was able to learn just as much. I will do my best to become a more earnest person than Joon Young. Please give the drama lots of attention until the end.”

LABOUM’s Solbin, who played Yoo Jin in the drama, did an exceptional job even though this was her first time acting. She said, “I was so happy and thankful to have met Yoo Jin and been in her shoes! I learned many things while I was on set. It was a meaningful time spent with great actors and staff. It’s my first drama that I will never forget. Thank you to everyone who loved ‘Solomon’s Perjury.’ Happy Lunar New Year.” 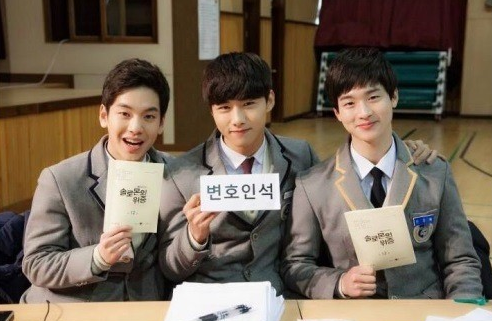 Shin Se Hwi showed her amazing acting talent by playing Lee Joo Ri, who was quite a hysterical character. The actress delivered her thoughts saying, “I took some time to reflect on myself as I lived as Joo Ri. I was able to become a better actor and person through this grateful experience. Thank you for loving us and watching us all this time. Please tune into the last episode also.”

Baek Chul Min, who played the strong character Choi Woo Hyuk, said, “It was an honor to have ended the year with ‘Solomon’s Perjury.’ Thank you for supporting the in-school trial and watching Woo Hyuk grow as a person. Please be with the high school students until the end when they face the truth.” 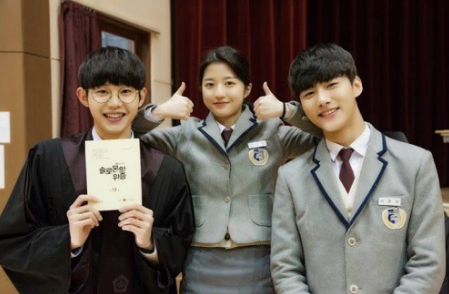 The staff of “Solomon’s Perjury” stated, “You will be able to feel the touching and exciting moment during the students’ last in-school trial. The truth behind their individual secrets and scars will be revealed. It has an unbelievable ending so please stay tuned.”