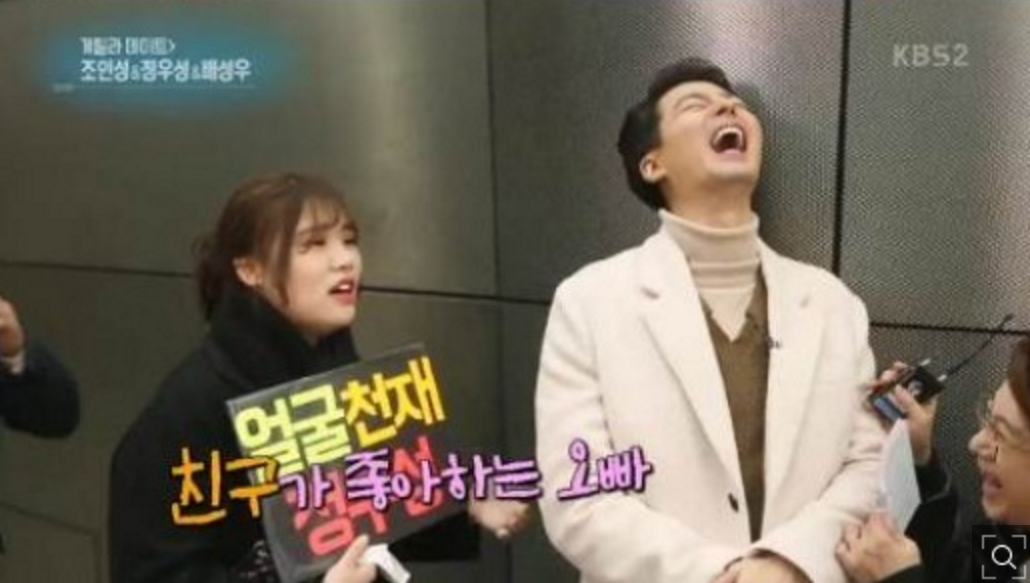 On the January 28 episode of KBS’s “Entertainment Weekly,” Bae Sung Woo, Jo In Sung, and Jung Woo Sung appear on the “Guerilla Date” segment to promote their new movie, “The King.” 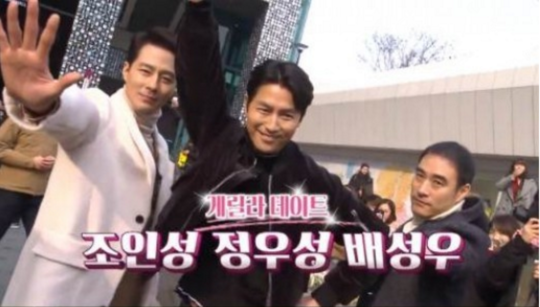 During the Guerilla Date, fans of the actors who had tickets to see the movie were invited to talk with the actors. One of the fans selected was a huge fan of Jung Woo Sung and even carried a sign that said “Face genius Jung Woo Sung,” a reference to the actor’s good looks. When asked to choose between Jung Woo Sung and Jo In Sung, she chose Jung Woo Sung almost before the reporter had finished the question. 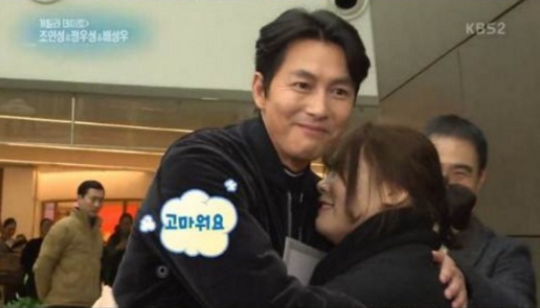 However, when the reporter asked what she thought of Jo In Sung, the fan cracked both actors up by saying simply, “He’s the guy that my friend likes.”

Jo In Sung then good-humoredly thanked the girl’s friend, who appeared to be standing off-camera.