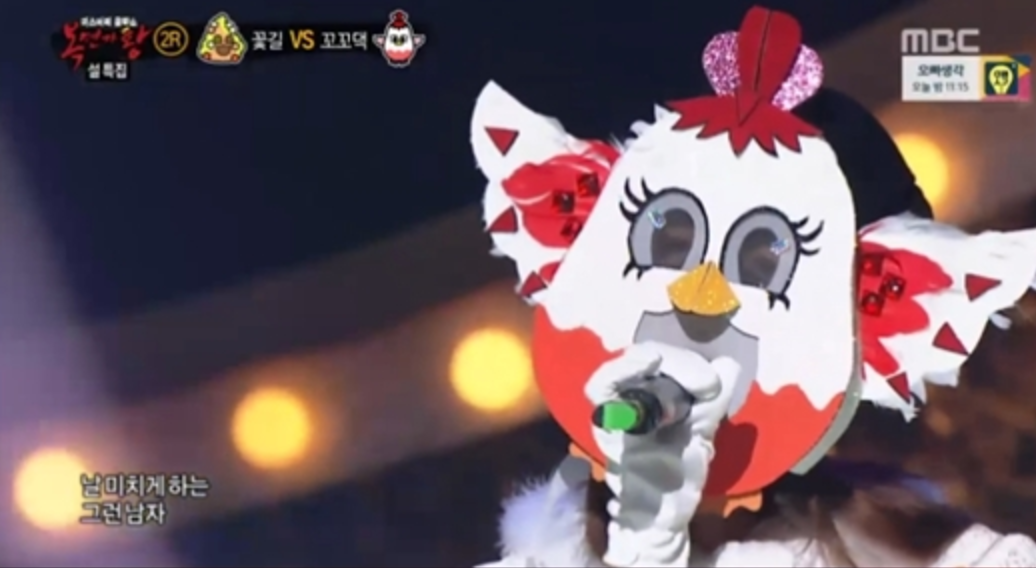 The episode of MBC’s “King of Masked Singer” that aired on January 29 included the reveal of “New year, New bride, Cock-a-doodle-doo” as a veteran girl group member who opened 2017 with a bang.

The second round of this episode had “2017! Only walk on flower roads” and “New year, New bride, Cock-a-doodle-doo” battle against each other. The first performer sang Han Kyung Il’s “Half of My Life” while the other performed MAMAMOO’s “You’re the best.”

The votes had “New year, New bride, Cock-a-doodle-doo” lose by a slim margin. The panelists were unsure of who the person was, who performed a track from the musical “Aida” before taking off her mask. The singer behind the mask was none other than Girls’ Generation’s Seohyun. 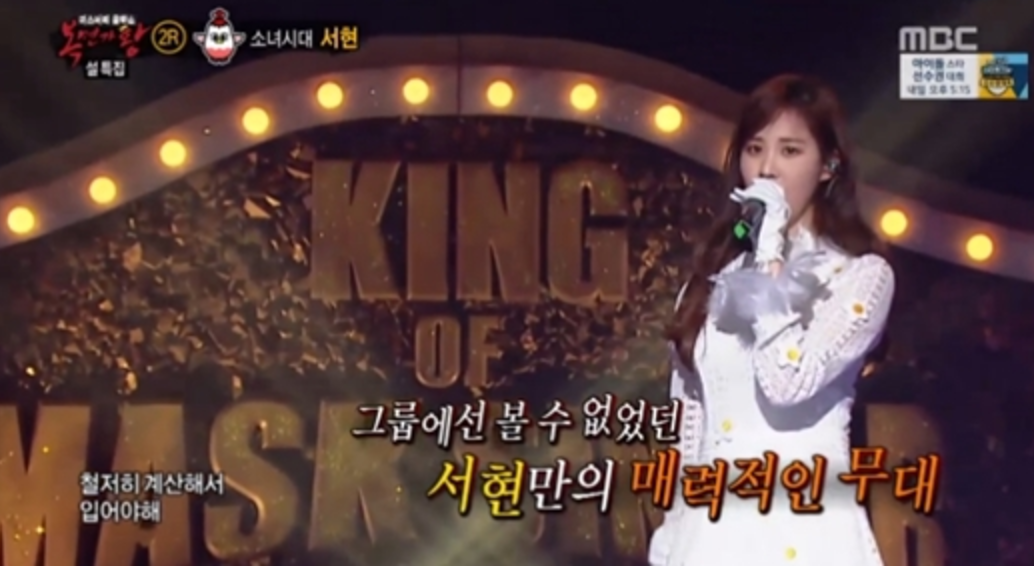 When asked why she decided to appear on the show, Seohyun said, “I haven’t had many opportunities to sing a whole song by myself because we have a lot of members in Girls’ Generation.”

She added, “Just for one day, I wanted to put aside the title of ‘Girls’ Generation’s youngest.’ I’ve had that title for over 10 years, and it made me feel boxed in a little.” 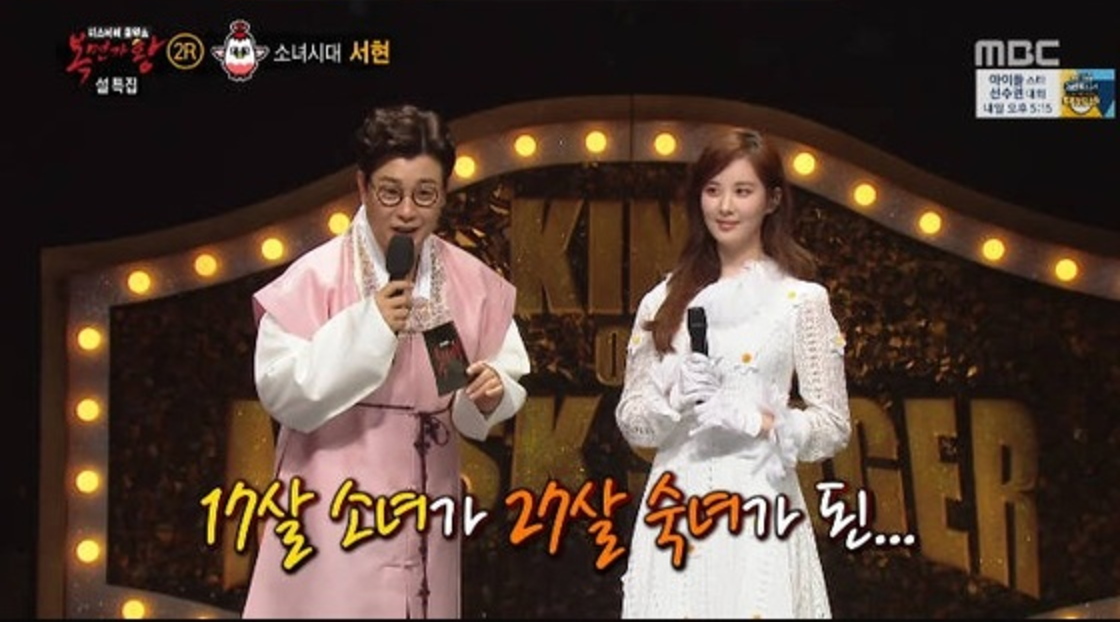 Seohyun concluded by sharing her desire to express herself in a variety of ways from now on, whether it be through music or acting. She is busy promoting her first solo album and recently starred in the web drama “Ruby Ruby Love.”

Girls' Generation
Seohyun
The King of Mask Singer
How does this article make you feel?