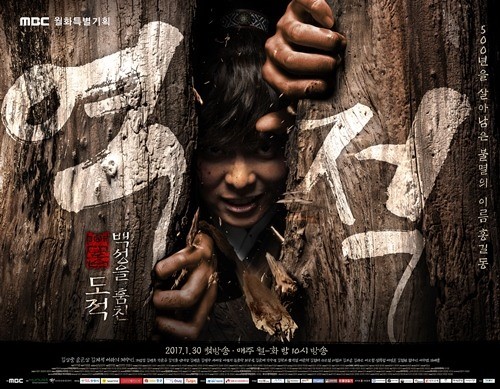 MBC’s upcoming drama “Rebel: Thief Who Stole The People” has released its title video on January 29, a day ahead of its premiere.

The title video was inspired by traditional ink paintings, which matches the historical genre really well. It begins with the silhouettes of the suffering people, unfolding in stark black lines on the parchment. The image then switches to the nobility that oppress the people, and finishes with the figures of Hong Gil Dong (Yoon Kyun Sang) and his gang who will rise up against the injustice. The video then ends with an ink painting of Hong Gil Dong. It’s as beautiful as it is grisly, for the blood spatters on nearly every scene are a constant reminder of the unfortunate events that are to unfurl. Watch the video here! 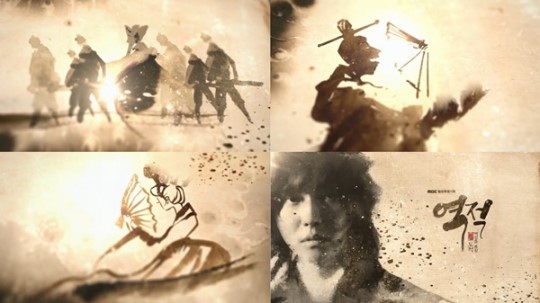 A two minute-long trailer was also released on the same day. The video follows through what seems to be the main chapters of Hong Gil Dong’s story– from happier times to a dark period where tragedy strikes, and the final rise from the ashes. The trailer also drops several hints about the relationships between the main characters. Watch it here!

There is also a longer highlight video that was recently released. This clip focuses more on Hong Gil Dong and his father, which you can watch it below:

If you’ve yet to do so, you can also check out the other trailers here!

Are you excited for the first episode?

Rebel: Thief Who Stole the People
How does this article make you feel?