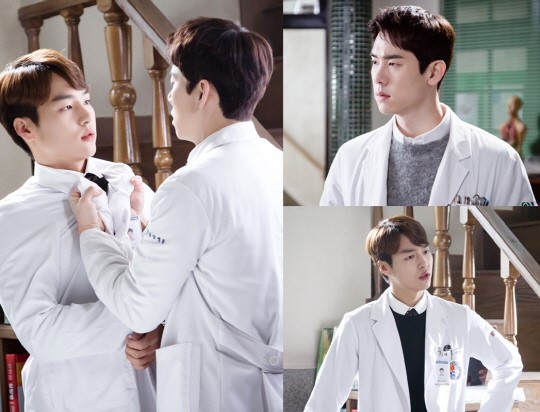 Before “Romantic Doctor Kim,” Yang Se Jong was almost entirely unheard of, but his role as the rude and inconsiderate Do In Bum in the highly popular drama has instantly garnered many fans for this fresh rookie.

In a recent interview with Herald POP, Yang Se Jong talked about how he had gotten the role in “Romantic Doctor Kim,” saying that he had heard about the audition about a month after he finished filming “Saimdang, Light’s Diary.”

He said, “At that time, I stayed up all night preparing for it. For about 40 minutes, I acted as Do In Bum, and there was also a question-and-answer session. I prepared for it frantically, it was fortunate that the director and the camera director liked it. I thought it would end there, but two weeks later, they contacted me again with a script much thicker than the previous one. I thought it was a second audition, so I prepared really diligently, but when I went there, the director told me, ‘You’re In Bum.’ I was so surprised, I stuttered while asking, ‘Can I really be In Bum?’ That was also the day before the script reading.”

During the interview, Yang Se Jong also spoke about acting as Yoo Yeon Seok’s peer and rival in the drama. The latter is older than him by eight years in real life, so to show a sharper expression, Yang Se Jong had gone to a gym to lose weight, and even emulated the sharp gaze and gestures of a doctor he had met there.

Yang Se Jong also thanked Yoo Yeon Seok, saying that it was because of him that he could film comfortably.

“Senior Yoo Yeon Seok is very cheerful and good-natured. He’s the moodmaker on set. We shared many scenes, and he made me feel very comfortable. Even when we were going through our lines, we discussed a lot. I used to say ‘I love you’ to him whenever I met him on set,” said the actor as he finished with a laugh.