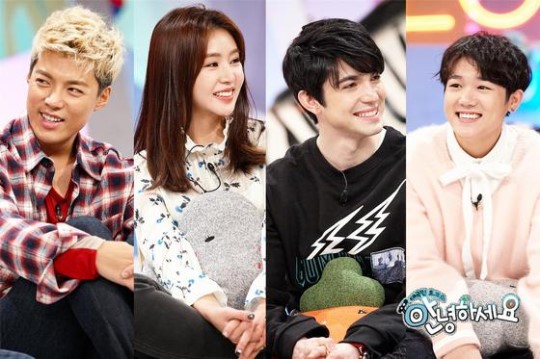 KBS2 variety talk show “Hello Counselor” has gathered together some of today’s most popular foreign stars for an upcoming episode.

On January 29, it was announced that Kangnam, FIESTAR’s Cao Lu, Robin, and B.I.G’s Benji were invited as guests for a special foreigner special to commemorate the lunar new year.

The show announced that the four stars brightened up the set with their humorous stories and insightful perspective into Korean society. They each talked about their own personal experiences and were able to share their observations about Korea.