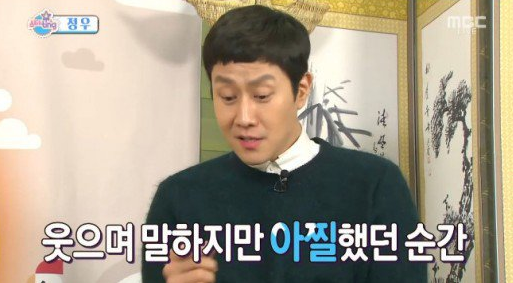 Actor Jung Woo revealed a very scary incident that happened during the filming of his new movie, but showed that he was still able to joke about it.

On the January 29 episode of MBC’s “Section TV,” Jung Woo was featured as a guest to talk about his role in the upcoming movie “New Trial” (tentative title).

Jung Woo talked about his role, saying, “In the movie, I play a character who at first is only concerned with profit and making money. However, after he meets Kang Ha Neul, the character starts to change.” 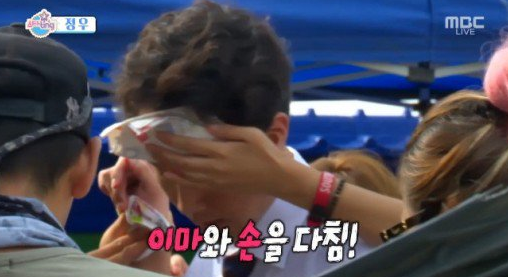 The movie’s shoot was not without some difficulties, however. Jung Woo revealed a serious injury that he suffered during filming, the scars of which were still visible on his face. He said, “During the filming, while I was breaking a glass, I hurt my forehead and my hand. I had to have forty stitches. The doctor was sewing me up so much that I thought the doctor was a sewing machine.” 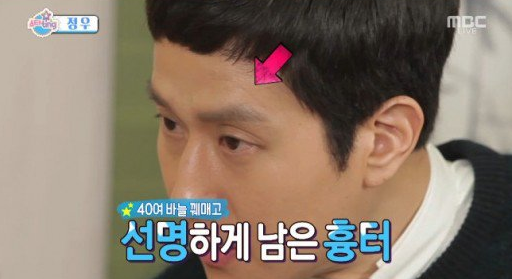 Jung Woo laughed as he added, “Unfortunately, the scene [in which I was injured] didn’t flow well with the rest of the movie and so it was edited out.”

Watch more of Jung Woo on the latest episode of “Section TV”!

Jung Woo
Section TV
How does this article make you feel?