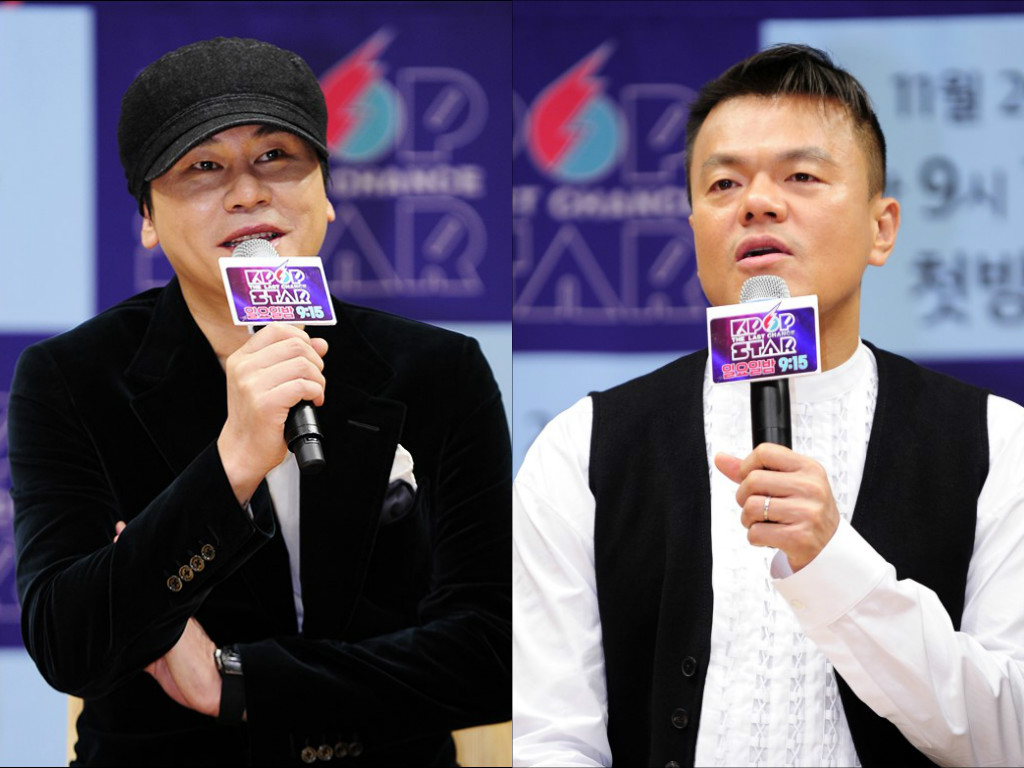 In a recent interview with Yonhap News, Yang Hyun Suk talked about his impressions of his fellow “K-pop Star 6” judges.

Speaking about Park Jin Young, he said, “[He] has a more feminine sensitivity than me, so he’s better at making girl groups.”

“TWICE is really popular nowadays, so there was once, while we were in the ‘K-pop Star’ waiting room, that I told Park Jin Young, ‘You make better girl groups than I do.’ But JYP’s Wonder Girls and TWICE have a very different style from YG’s 2NE1 and BLACKPINK, so in terms of girl group diversity, it’s a good thing.”

“Park Jin Young is a pure person. If I like something, I don’t show it, but Park Jin Young is the kind that shows his exact approval of things he likes. ‘K-pop Star’ is interesting because of him,” he added with a laugh.

Yang Hyun Suk also talked about Yoo Hee Yeol, saying that he is a “humane” person.

“Yoo Hee Yeol remains the same whether in front of or behind the cameras. I’ve gained a good younger brother through this program.”

About the line of debuts by Yoo Hee Yeol’s Antenna Music in 2016, Yang Hyun Suk said, “Since [Yoo Hee Yeol] is a musician, he doesn’t have much business experience yet, so as a producer, it’s still too early to tell.”

He added, “[Yoo Hee Yeol] is a cherished younger brother that I would be glad to help in any way I can, since it’s a big responsibility to train singers.”

Park Jin Young
Yang Hyun Suk
How does this article make you feel?