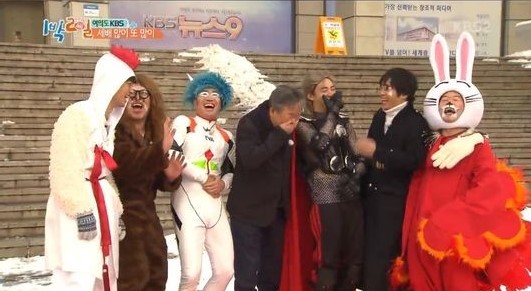 The January 29 episode of “2 Days & 1 Night” turned into a Lunar New Year’s dress fashion show, as the members divided into pairs, in which the partners would dress each other.

First up was Kim Jong Min and Defconn. Kim Jong Min had on a blue wig and an manga character’s outfit, while Defconn had been transformed into Bayaba, the character from an old American TV series “Bigfoot and Wildboy.” 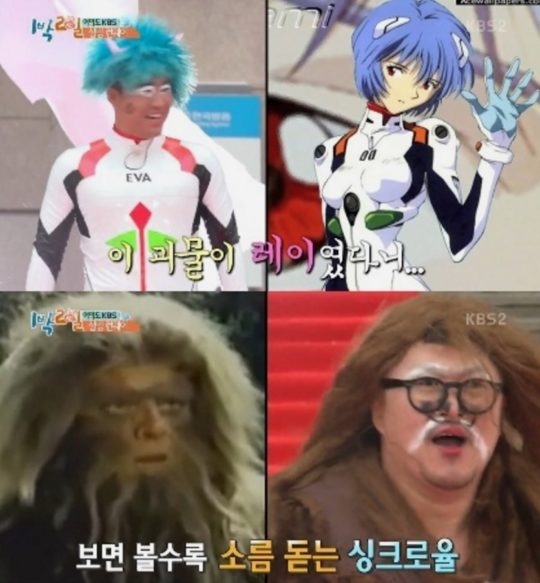 The next pair was Jung Joon Young and Yoon Shi Yoon, who were dressed as a chicken and Thor respectively. Both were very satisfied with their costumes. 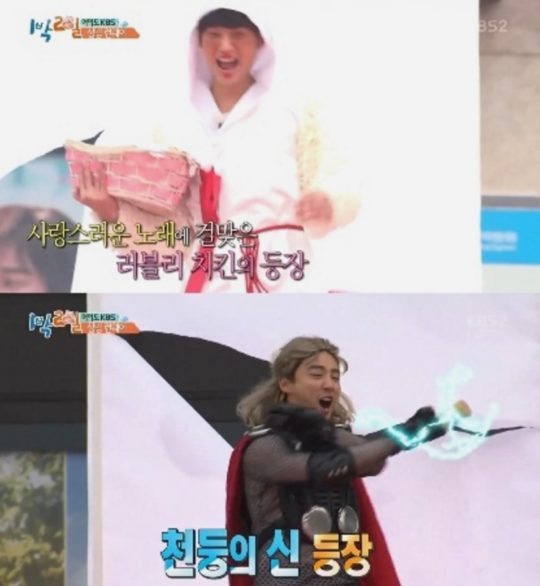 The final pair was Cha Tae Hyun and Kim Joon Ho. Cha Tae Hyun appeared as Gong Yoo from “Goblin,” but with a naughty surprise hidden up his sleeve (or coat). As he strutted down the runway, he took off his coat to reveal the see-through mesh (not) covering his back, shocking the audience.

His partner Kim Joon Ho had an equally surprising costume, as he bounced out in a hybrid costume that was a cross between a rabbit and a chicken. Combining the Korean words for both animals (tokki and dak) forms the word “todak,” a play on the phrase “todak todak,” meaning “to comfort,” or more literally, “to pat (someone).” 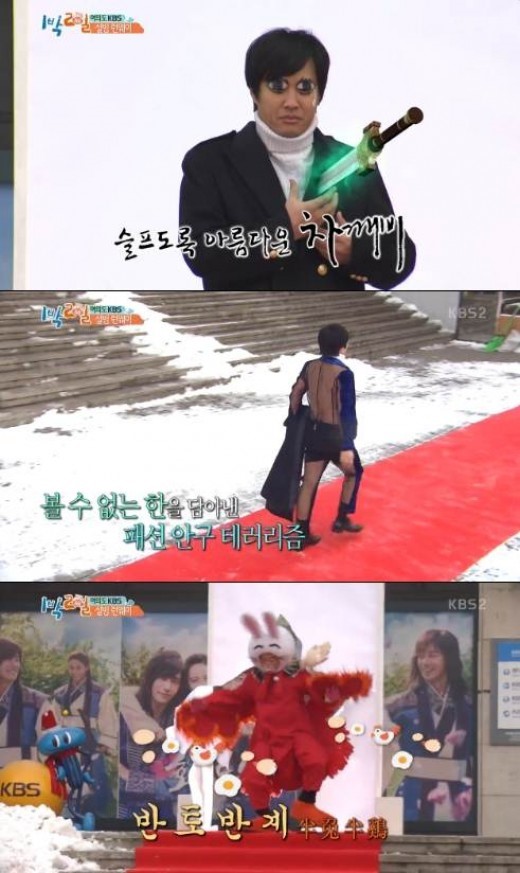 Whose costume was your favorite?