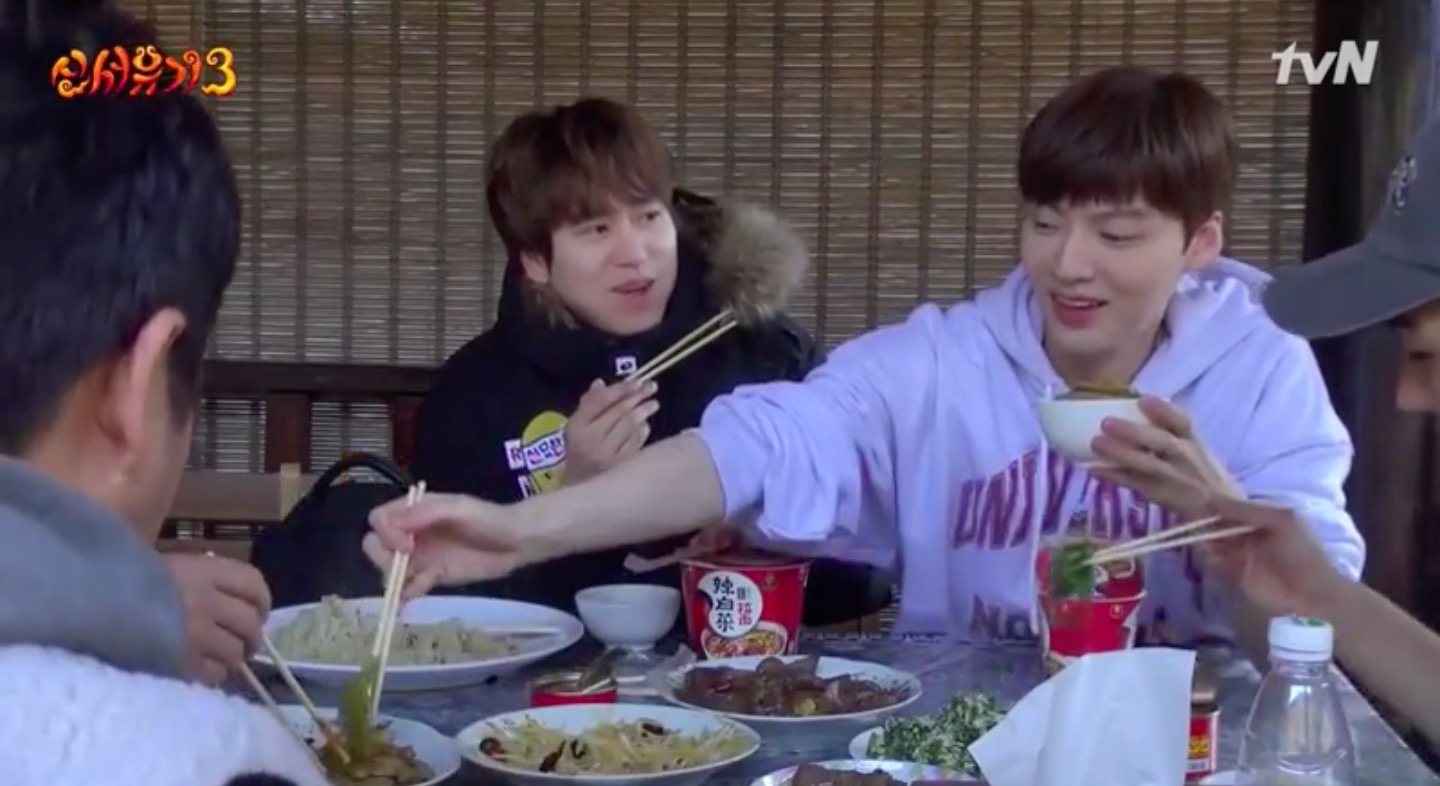 After Kyuhyun accused Ahn Jae Hyun of spooning him, the actor was teased once again about his famous newlywed status on “New Journey to the West 3”!

While the cast members were sitting down for a late breakfast in January 29’s episode of the travel reality show, Super Junior’s Kyuhyun asked Ahn Jae Hyun, “Were you spooning me in your sleep last night?”

“What are you talking about?!” said Ahn Jae Hyun with a laugh. Kyuhyun replied, “I think you did though.”

“You dreamt it!” said Ahn Jae Hyun. “You must be lonely.” 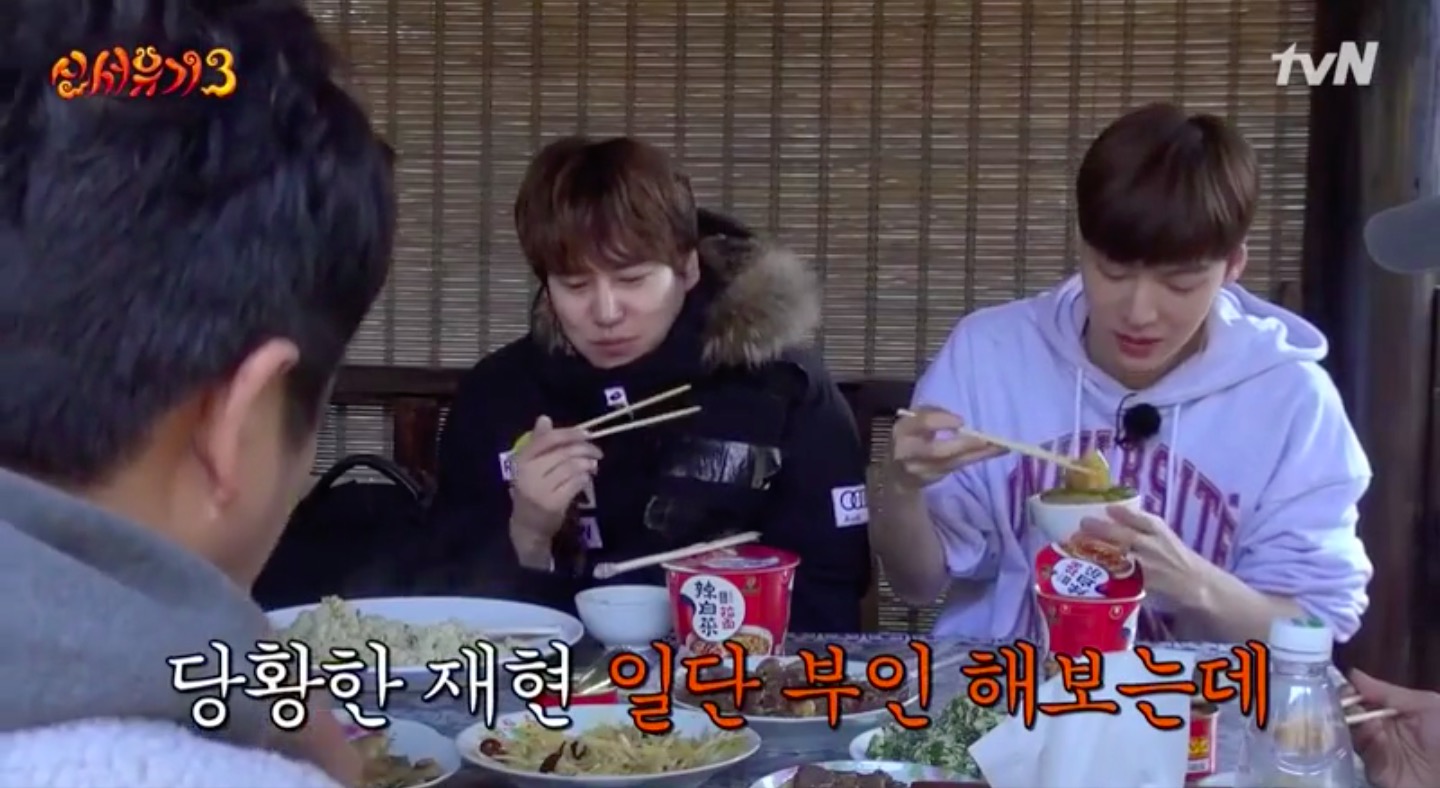 Lee Soo Geun then jumped in to tease Ahn Jae Hyun by saying that it must have become a habit for him by now. Producing director (PD) Na Young Suk commented that Ahn Jae Hyun has said that he tries to hug his wife Ku Hye Sun like that often, but she tells him off. “Is that why you’re doing it here?” he joked.

Kang Ho Dong chimed in to add, “You know that when your wife says something is annoying, she doesn’t really think so, right?” 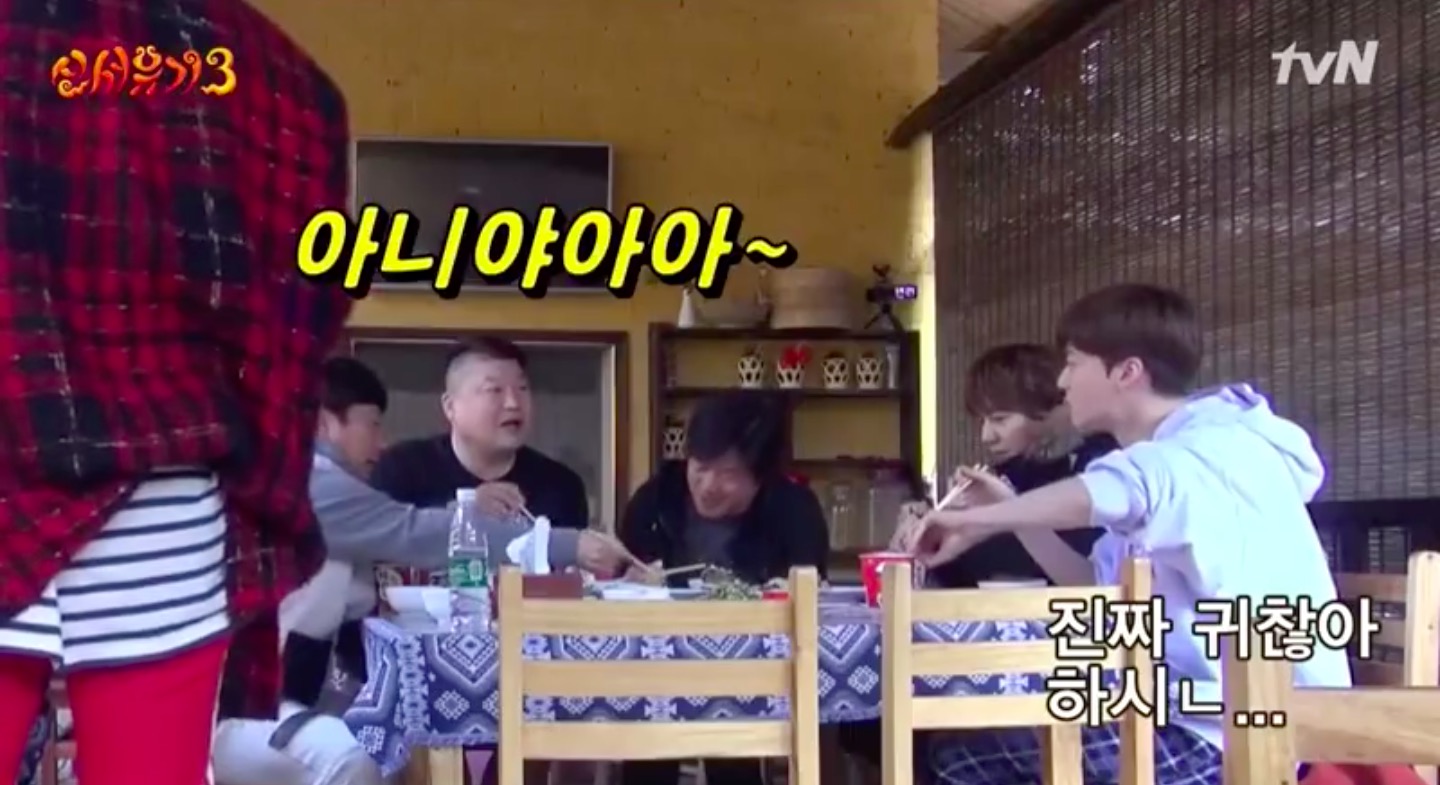 Ahn Jae Hyun replied that she was really annoyed. But when Kang Ho Dong insisted he was right, Ahn Jae Hyun asked him, “Is that what was going on?”, which cracked the others up.

Check out January 29’s episode of “New Journey to the West 3” for more of the guys’ fun adventures!