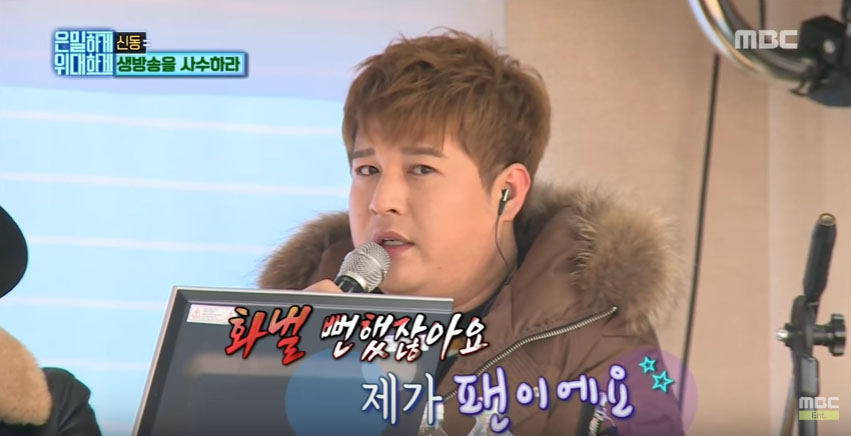 On the January 29 episode, the singer was a guest co-host for comedian Kim Shin Young‘s radio show, where he got the opportunity to interview Chaekyung and Jinsol from the girl group APRIL.

During the recording, Shindong shamelessly talked about how much he loved APRIL. So much so, that when Kim Shin Young asked him to choose between the group and his previously declared crush, Wendy of Red Velvet, he picked APRIL without much hesitation. 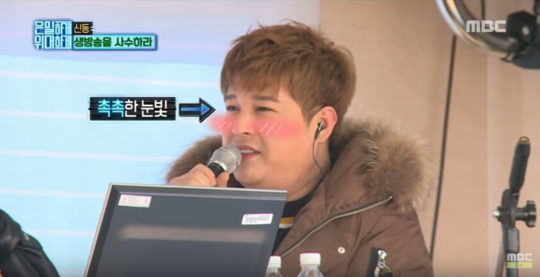 The interview was going quite well until it was time for Chaekyung and Jinsol to perform a live version of APRIL’s latest single “April Story.” Midway through the song, Jinsol deliberately sang off-pitch, cracking her voice during critical parts of the chorus while the camera rolled. 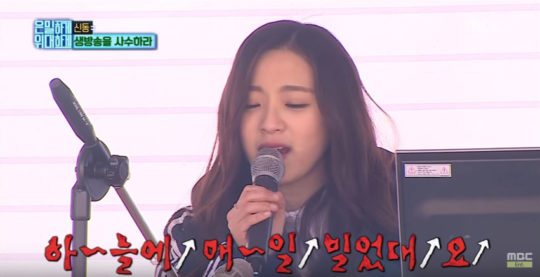 At first, an oblivious Shindong tried to relieve the awkward moment by dancing in his seat while the girls sang, but after a particularly sharp note, he became visually confused. 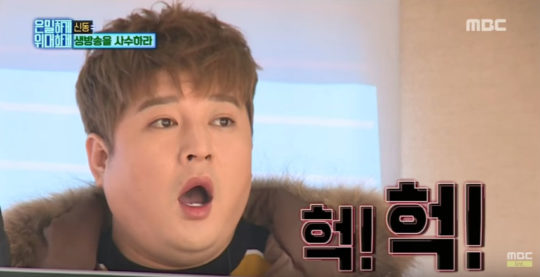 After the song was finished, both of the MCs were quick to applaud and went right back into hosting the program as if nothing happened. However, when Kim Shin Young brought up that Jinsol has had a bad throat condition lately, Shindong became a little flustered as his co-host drew attention to Jinsol’s bad singing voice. He was then quick to offer some sincere comfort and told her not to worry.

What happens when he finds out it was all a prank?

Watch the latest episode of “Secretly, Greatly” below!

APRIL
Super Junior
Shindong
Secretly Greatly
How does this article make you feel?