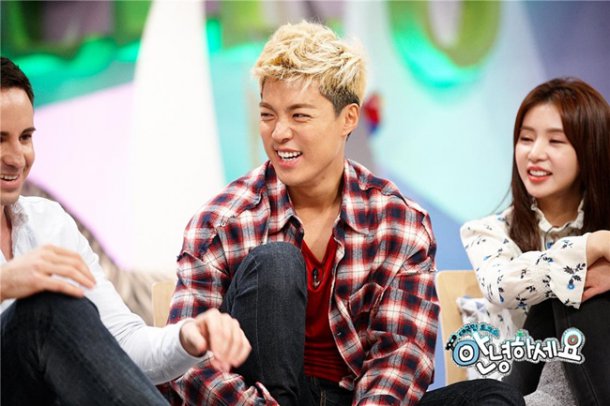 Kangnam Opens Up About What Kind Of Boyfriend He Is

Former M.I.B vocalist Kangnam is not afraid to open up about his insecurities in dating!

During the episode, a Nepalese man who has been living in Korea for 15 years shared problems between him and his Korean wife with the guest panel. The situation inspired the stars to open up a bit about their own love lives.

When “Hello Counselor” host Shin Dong Yup asked Kangnam if he had ever dated a Korean woman before, Kangnam answered that he had in fact dated “a lot” of them. He then began talking about his dating style, admitting that he can be a bit possessive.

“[When dating,] I’m completely obsessed. Even when she’s just looking at her phone, I think she’s cheating on me,” he bashfully confessed.

The unusual statement caused a surprised Cao Lu to ask, “Why do you think she’s cheating on you? You don’t have any confidence?”

“I don’t,” he joked, causing everyone around him to laugh in disbelief.

Meanwhile, this was not the first time Kangnam has gone public about his love life. Earlier this month, the singer appeared on Channel A’s “Singderella” and shared how he was able to date without his agency finding out.

Hello Counselor
Kangnam
How does this article make you feel?