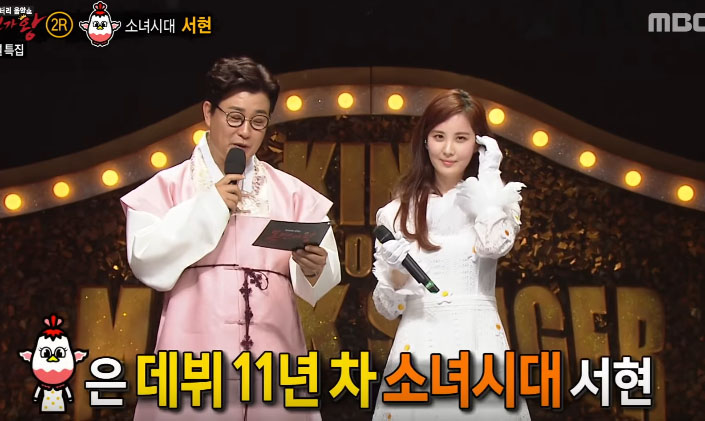 Girls’ Generation’s Seohyun is still reeling from the excitement of appearing on MBC’s “King Of Masked Singer.”

The idol uploaded a special message to her personal Instagram account for fans who had tuned into the show. In the image, she is sitting backstage on set, dressed as her masked persona “New year, New bride, Cock-a-doodle-doo.”

The accompanying caption reads, “Hello! It’s New year, New bride, Cock-a-doodle-doo. Today my identity was revealed! Even when wearing a mask while singing, there were still people who recognized my voice. I’m really curious as to how you liked my song. It was a really exciting and nerve-wracking moment! Moving forward, I will be a singer who shows you even better music and performances!”

On the January 29 episode, Seohyun lost by a slim margin after performing MAMAMOO’s “You’re The Best.” She then shocked the entire studio when removing her mask.

Check out her performance in the latest episode of “King Of Masked Singer” below!

Girls' Generation
Seohyun
The King of Mask Singer
How does this article make you feel?