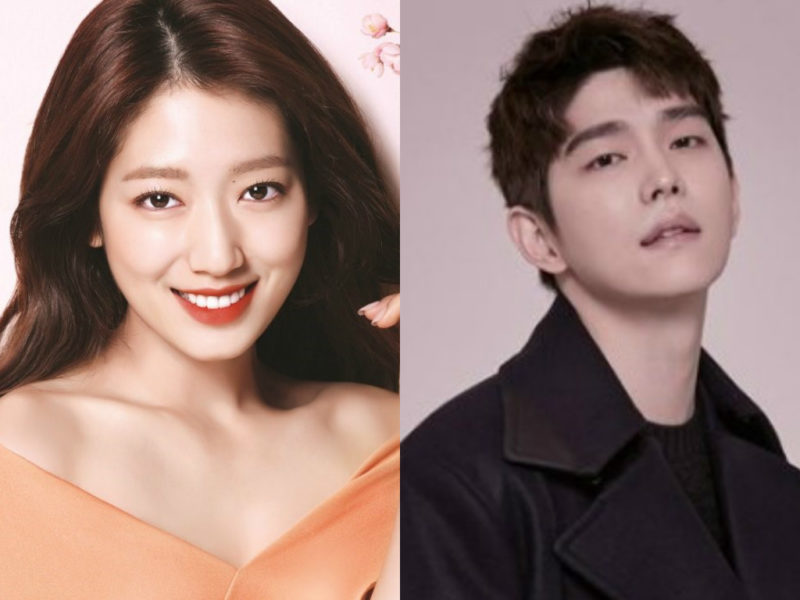 “Oppa Thinking” is a program centered on producing videos that showcase stars’ charms at their request. It can be a corporate-style video, or a “hook video” (ip-deok video, which means a video that caused you to become ‘hooked’ on your bias).

To create a corporate-style video for Yoon Kyun Sang, the cast made video calls to his friends to find out more about the actor. One of the friends was Park Shin Hye. The two became close after working together on “Pinocchio” and “Doctors.” 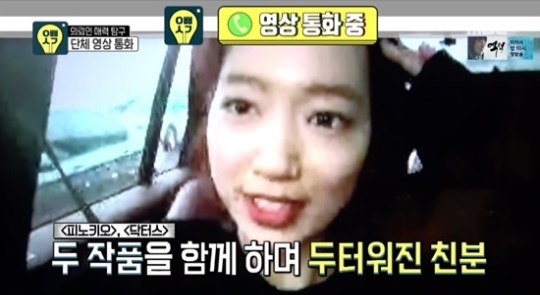 Describing Yoon Kyun Sang, Park Shin Hye said, “He’s very cute (has aegyo) for someone his size. He’s also very mischievous. He treats me like a younger brother instead of a younger sister.” Yoon Kyun Sang happily interjected with “Bromance,” at which Park Shin Hye commented, “He’s the first male actor I’ve seen who dreams of [having] a bromance with actresses.”

Perplexed, the MC asked Yoon Kyun Sang why, and the latter explained, “Shin Hye is very pretty and charming. But because in the drama, I play a character whose love [for her] doesn’t work out, so in real life, I ended up treating her like that too.” 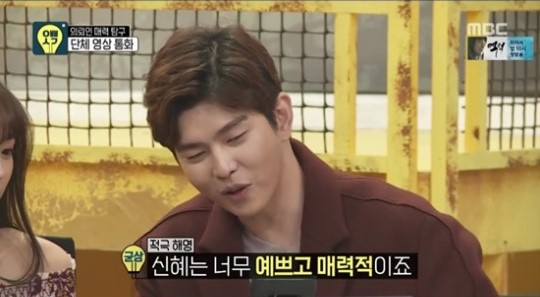 Her words made everyone on set laugh, except for Yoon Kyun Sang, who protested, “It’s not like that!” 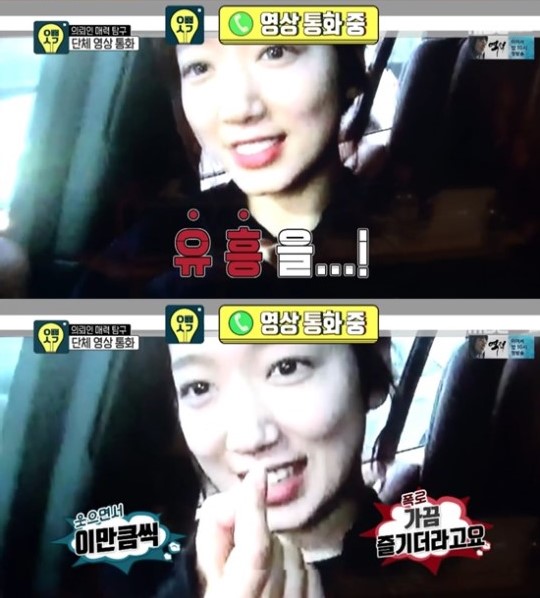 Watch their “bromance” below!