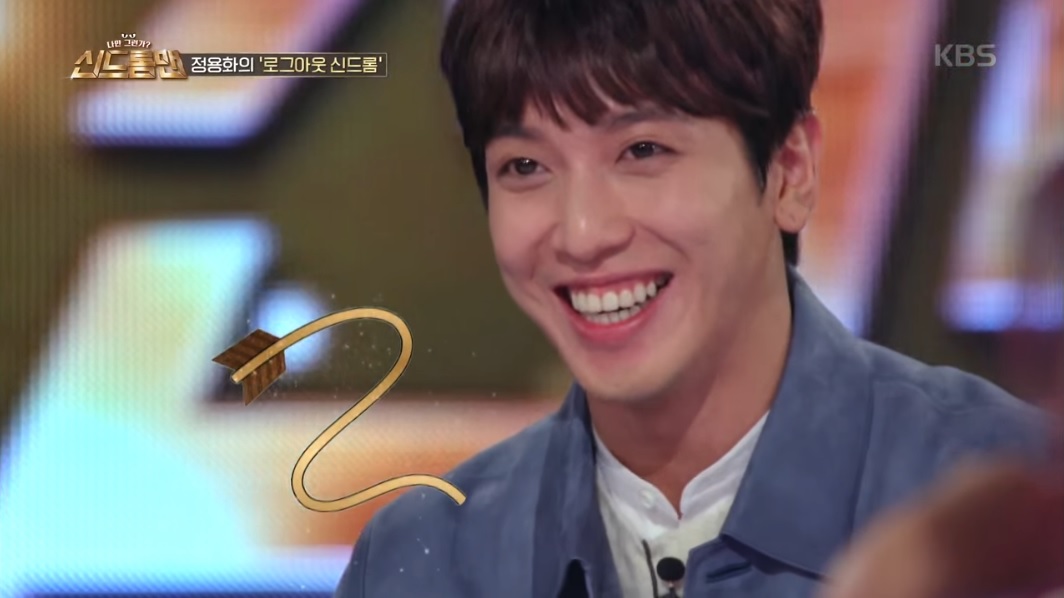 A new talk show combining the variety show format with psychology has premiered on KBS2!

During the show, footage from Jung Yong Hwa’s home revealed that he has what they dubbed the “logout syndrome,” wherein he maintains an active social life outside, but completely disconnects from other people when he gets home.

Waking up in his (very) gold-themed home, the singer’s morning routine consisted of making himself a cup of coffee, taking in the view of Seoul and the Han River running through it, and just lying on his sofa.

Seeing this, Solbi empathized and said, “I’m similar. I don’t even tell my manager my phone number.” 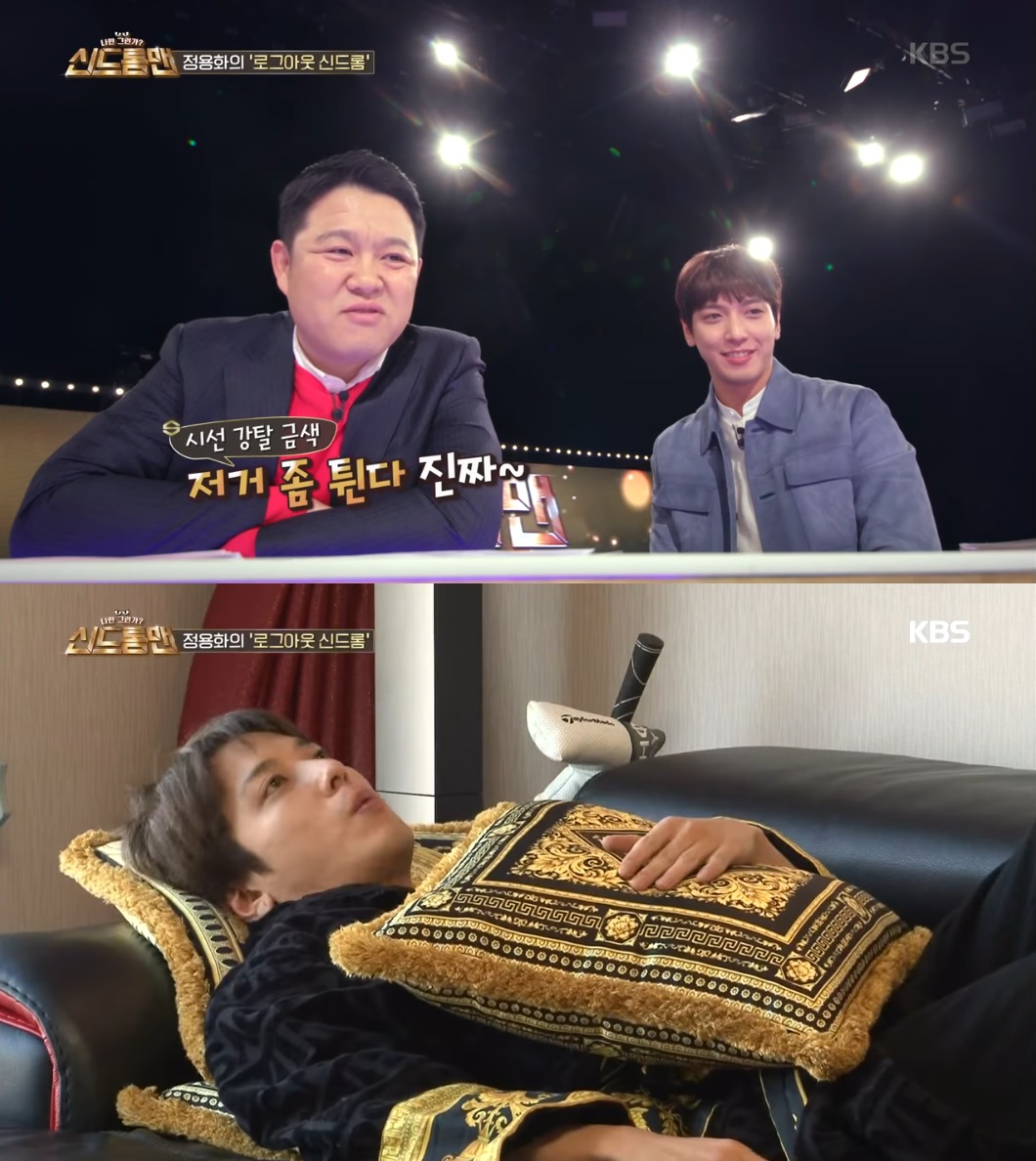 The cameras showed that Jung Yong Hwa’s typical, everyday life was enjoyed by “logging out” of social interaction. According to him, he rarely goes out for drinks with friends in his free time. He explained, “I think of that activity as an extension of work. When I’m at home, I don’t even touch my phone.”

Upon observation of Jung Yong Hwa’s habits, a psychologist on the show remarked, “Introverts exert energy when they meet up with other people,” to which the singer agreed and responded, “I can’t meet up with people outside because I worry that something bad might happen if I do.”

After observation of Choi Min Soo’s “big brother syndrome” and Solbi’s “patriot syndrome,” a survey was conducted with 10,000 people, who decided that Jung Yong Hwa go home as the episode’s “super syndrome” winner with over 5,000 of their votes.

Can you relate to Jung Yong Hwa’s introverted lifestyle?