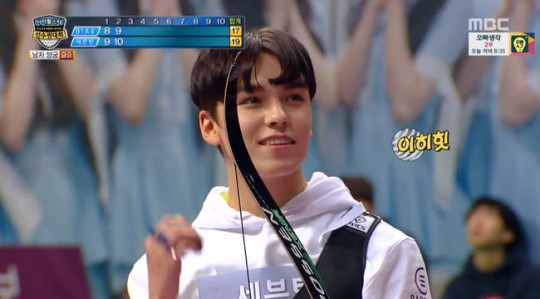 Previously, MBC’s “2017 Idol Star Athletics Championships” revealed that another competitor was able to hit the perfect bullseye during this year’s archery competition.

On January 30, the ace was revealed to be none other than SEVENTEEN’s Vernon!

Vernon was up first during the archery finals. He stood with a steady posture as he released the bow and ended up breaking the camera lens on the target’s bullseye.

SEVENTEEN
Vernon
2017 Idol Star Athletics Championships
How does this article make you feel?