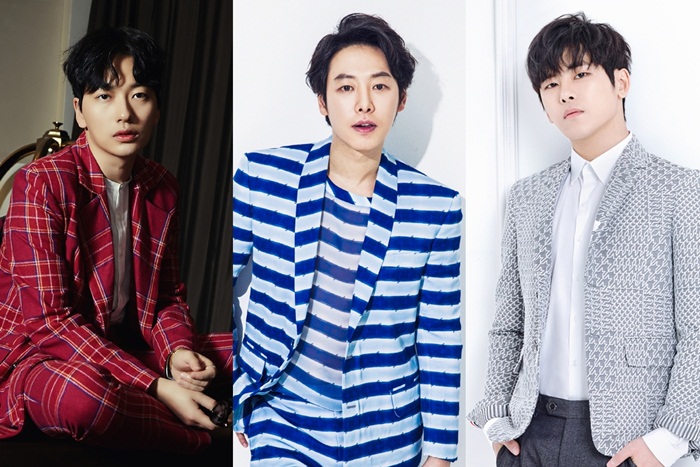 The comedy-drama, which is set to premiere in March, is a Super 乙 (which appears to be a business term) who undergoes a 180-degree change after learning that she is living on borrowed time. Go Ah Sung has been cast as refreshing Super 乙 Eun Ho Won, while Ha Seok Jin is playing Seo Woo Jin, her cold-blooded, fussy superior who used to study abroad.

Lee Dong Hwi is playing Do Gi Taek, a new contract worker who enters the company Ha Woo Line at the same time as Go Ah Sung. Despite his low qualifications, he is a hopeless romantic and wants to be the knight in shining armor to Go Ah Sung, who is cheerfully living out her numbered days.

Kim Dong Wook is playing Seo Hyun, an emergency medicine doctor who also happens to be the second son of the owner of Ha Woo Line. His key trait is that it’s impossible to tell whether he’s really kind or really cold, and he becomes like a bodyguard to Go Ah Sung.

INFINITE’s Hoya is playing Jang Kang Ho, also a new recruit to the company. He has amazing qualifications and is from the Gangnam district, but ends up where he is due to his passivity. His family looks down on him due to his multiple failures to get employment.

“Self-Illuminating Office” won the Excellence Award in the mini-series category at the 2016 MBC Drama Script Awards. It will premiere after the end of “Missing 9.”