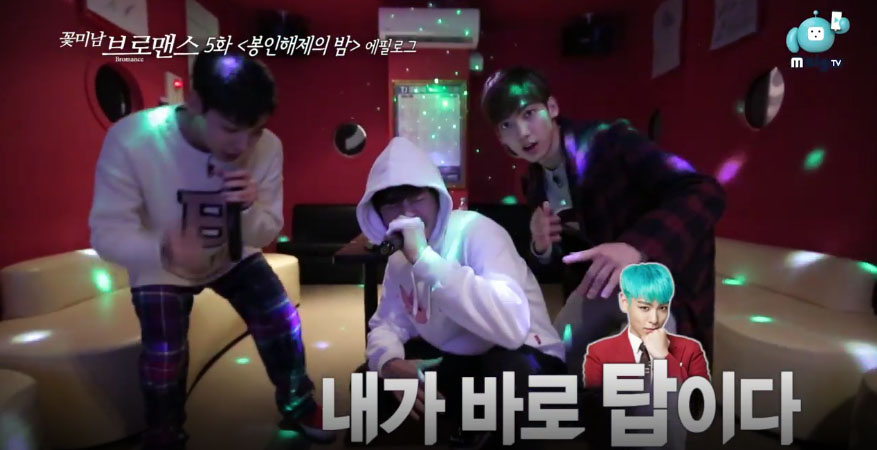 During the show’s January 31 broadcast, BTOB’s Yook Sungjae had the time of his life goofing around with Boyfriend’s Youngmin and Kwangmin.

In the episode, the boys headed out to a karaoke room, where they let loose singing a number of different K-pop songs.

Their first song was TWICE’s hit single “TT.” At first, a shy Yook Sungjae insisted that he didn’t know the song very well. However, the moment the lyrics appeared on the karaoke screen, he immediately sprung into action, taking over on the song and even doing some of its original choreography.

The boys then showed off their singing room swag with BIGBANG’s “Lies.” Taking up T.O.P’s parts, Yook Sungjae dropped his voice down a hilariously low octave, crouching down with hip-hop bravado while the twins backed him up on vocals. 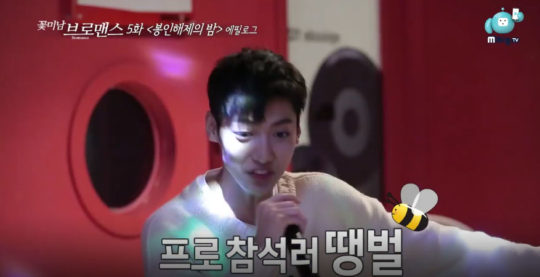 Switching genres almost entirely, all three boys split up vocal parts during a particularly rowdy performance of “Bumble Bee” by Korean trot singer Kang Jin. The song was not an entirely arbitrary choice, as its title shares the same name as Yook Sungjae’s persona when he appeared on the program “King Of Masked Singer.” 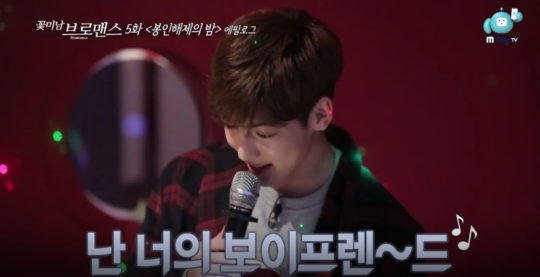 Once the song was finished, Yook Sungjae surprised the Boyfriend members by choosing their song “Boyfriend,” causing them to become immediately embarrassed. While Kwangmin adorably covered his ears and began shouting that he didn’t want to do it, a shy Youngmin began singing the first few lines. However, toward the end, everyone was giving it their all, with Yook Sungjae even showing off some choreography.

The boys ended the night by evening out the score with a loud group sing-along to BTOB’s “Beep Beep.”

Check out their karaoke performance in the full episode here!