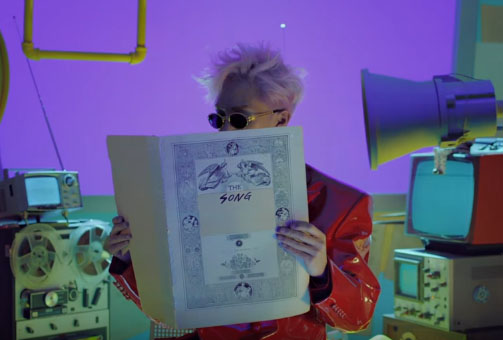 Zion.T Opens Up About Collaboration With G-Dragon And The Story Behind “Complex”

Zion.T’s new release “O O” is a buzzworthy album that took a whole lot of work!

On January 31, an exclusive interview with the singer was released on Dingo Music’s YouTube channel. In the clip, he discussed the effort put into the album, giving fans a track-by-track summary of each song.

He then began talking about the track “Complex,” which he recorded with BIGBANG’s G-Dragon.

“When I first heard him, I thought ‘You’re really going to be okay?’ ‘Can I really use this?’ ‘Can I be this blunt?’ I honestly had thoughts like that,” he began. Zion.T then explained that the song was vulnerable for him because it referred to his battle with insecurity. “I wanted the song to have a cool feel, and G-Dragon was able to give me that.”

When discussing the song “Sorry” (his collaboration track with Beenzino), he expressed that the main idea behind the song was “I hate saying sorry, but sorry.” He then added that he considers the song an apology to the public.

He ended the interview by speaking out to people who might not like his music. Whether they love it or they hate it, he insisted, “Give the album a listen. Try listening to each song one at a time.”

Currently, his comeback album “O O” has seen plenty of love from fans. Both “The Song” and “Complex” have landed number one spots on seven out of eight Korean digital music charts.

G-Dragon
Zion-T
How does this article make you feel?