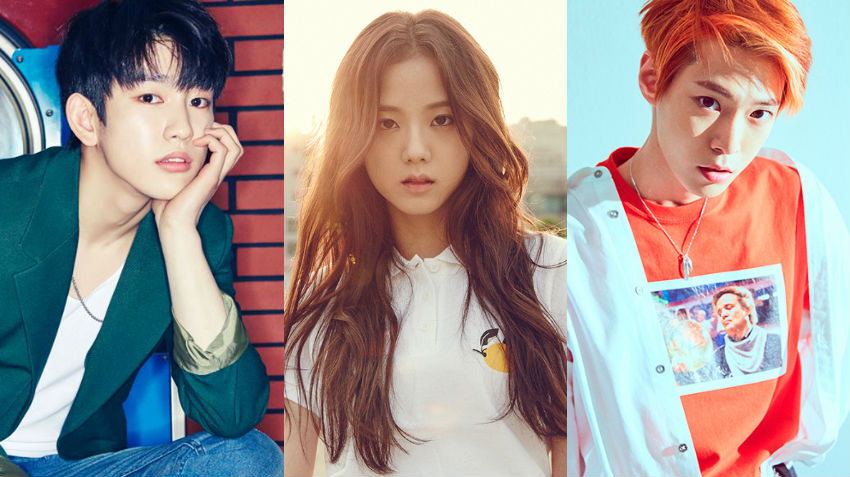 On February 1, SBS announced the news, saying, “GOT7’s Jinyoung, NCT’s Doyoung, and BLACKPINK’s Jisoo will be the new MCs starting on the first broadcast of February 5.”

Producing director (PD) Jo Moon Joo, who is in charge of the appearances for “Inkigayo,” explained what kind of MCs they were looking for, saying, “We wanted the show’s MCs to be up-and-coming figures who will lead the future of K-pop. We thought that there will be an undiscovered amount of infinite potential even if they are younger.”

The PD also revealed the reason for choosing the three new MCs, saying, “They all have a fresh image, but each of them has a different character. When those differences are combined, we’re expecting to see a unique chemistry [between them].”

Meanwhile, GOT7’s Jinyoung, NCT’s Doyoung, and BLACKPINK’s Jisoo will be the new MCs starting on the February 5 episode of “Inkigayo” at 12:10 p.m. KST.

Are you excited for the new “Inkigayo” MCs?