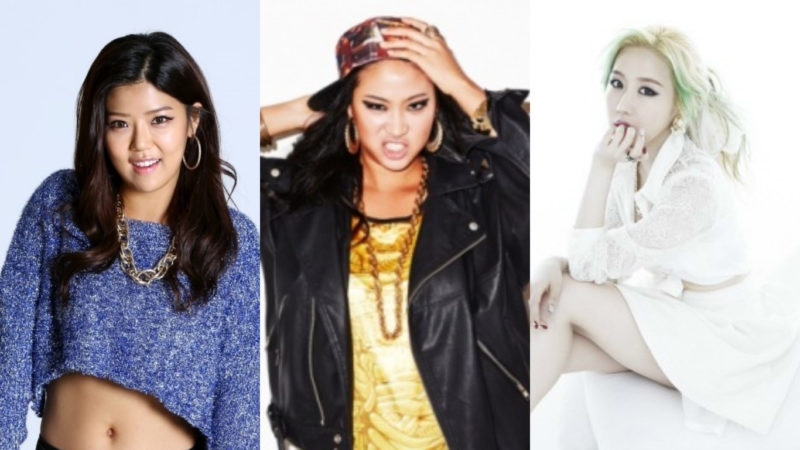 Wassup’s Nada, Jinju, And Dain File Lawsuits To Cancel Contracts With Mafia Records Due To Lack Of Payments

Wassup’s Nada from “Unpretty Rapstar 3” and her teammates Jinju and Dain are having a legal dispute with their agency, Mafia Records.

A source from Mafia Records explained, “Right before the Lunar New Year holidays, Nada submitted a preliminary injunction to cancel our contract. We have been having issues with Nada’s payments since the end of last year because the company’s return on investments is low. We were not in the situation to pay her and made this very clear, but she continued to participate in club events and do other jobs without our consent. We are preparing to submit a preliminary injunction to prevent her from doing any further activities.”

Nada gave her side to the story, saying, “The agency is distorting the truth. I am sorting out the legal aspects with my lawyer in charge. I consulted with the company to decide on my next activities and sent in official documents to prove my losses, but they didn’t listen to me.”

Neither side is backing down. Mafia Records is claiming that they should be reimbursed for their expenditures from Nada’s trainee days and activities after debut, while Nada is asking to be paid for her activities after “Unpretty Rapstar 3.”

Nada, Jinju, and Dain filed requests to cancel their contracts in January amidst preparations for Wassup’s comeback in March. In response, Mafia Records is planning on taking legal action. The rest of the members’ efforts almost went up in smoke as a result, but a source from Mafia Records stated, “Wassup is preparing to comeback in March as a four-member group.”

Meanwhile, Nada’s past statements about her financial situation are coming to light as the legal issue continues.

Wassup
Nada
How does this article make you feel?