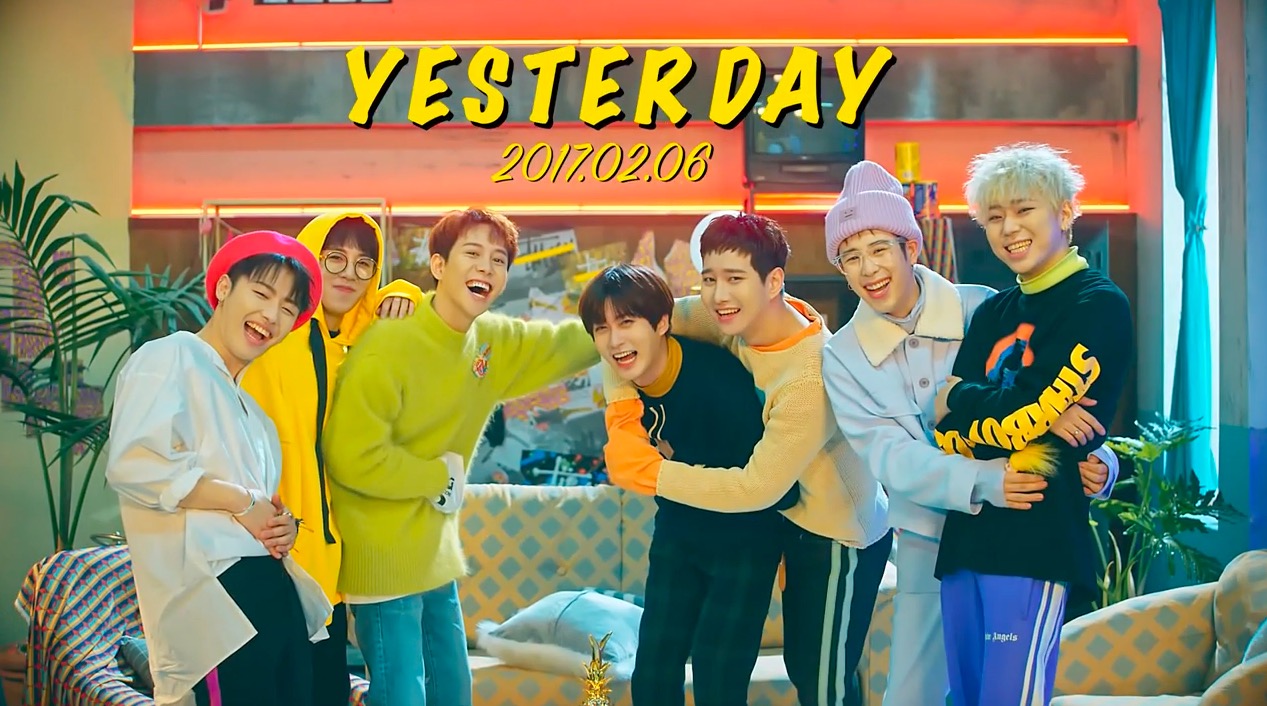 Block B has released their first music video teaser for “Yesterday,” which appears to have been inspired by the opening of the popular sitcom “Friends”!

The new “opening version” of their music video teaser for “Yesterday” was released on February 2 at midnight KST, and introduces each of the guys as though they are characters in the television show, even featuring the classic umbrellas and each of the members popping up on a sofa in turn.

The track “Yesterday” is a special single that is due out on February 6, and was written and composed by member Park Kyung.

Are you excited for Block B’s new single?