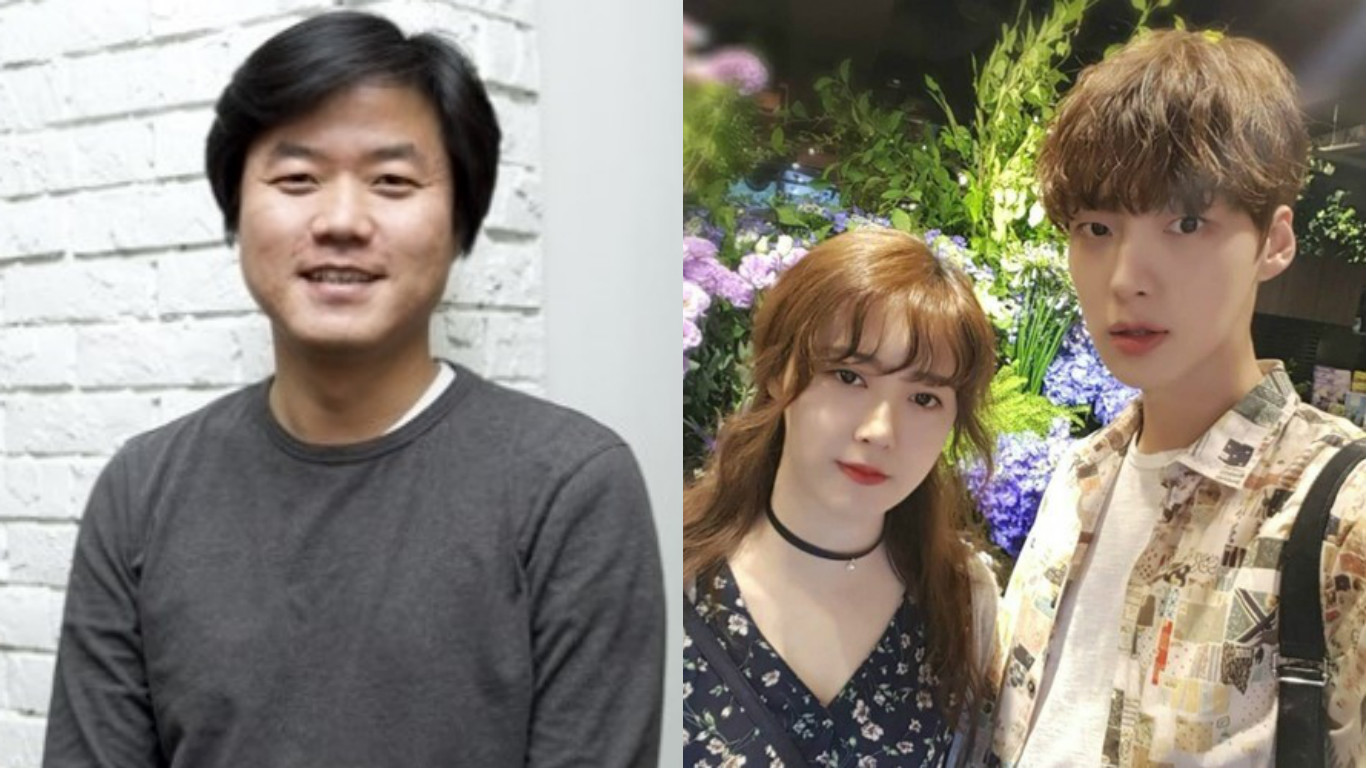 In the press conference for his new tvN variety show “Newlywed Diary,” popular producing director (PD) Na Young Suk gleefully mentioned the circumstances of how he got to know the stars of the show, Ahn Jae Hyun and Ku Hye Sun.

The PD talked about the couple, saying, “I got to know Ahn Jae Hyun through ‘New Journey to the West.’ During that show, news of their relationship suddenly came out. I got to know Ku Hye Sun through their marriage. As I continued to interact with this couple, I found that the way they lived their lives and held their conversations looked fun.”

Na Young Suk had previously brought up the couple during the tvN10 Awards in October, saying, “A while ago, I purposely went to their home to be a nuisance. I told Ahn Jae Hyun that I had something to say and that I wanted to meet up. He asked for me to pick a location, so I said that I would go to their house.”

The PD continued, “I even said that I would go to their house around six in the evening. When I arrived at their house, they had the table set out for me with food. I asked what all this was and they answered, ‘You said you were coming to our house in the evening so we thought you meant for us to make you food.'”

In regards to this, Ahn Jae Hyun commented, “He really was a nuisance. Totally a nuisance. He confidently said that he was going to come to our house at around five or six in the evening. He said he was coming over with several people and so we prepared a lot of food.”

Na Young Suk then brought up Ku Hye Sun, saying, “In the midst of all of this, you have Miss Ku as well. She knew that a lot of her husband’s colleagues were coming over and that the person who had to be the most careful was Ahn Jae Hyun.”

Continuing, he said, “Ahn Jae Hyun’s eyes were shaking. I realised that they were living their life well as newlyweds and I remember it as a fun memory.”