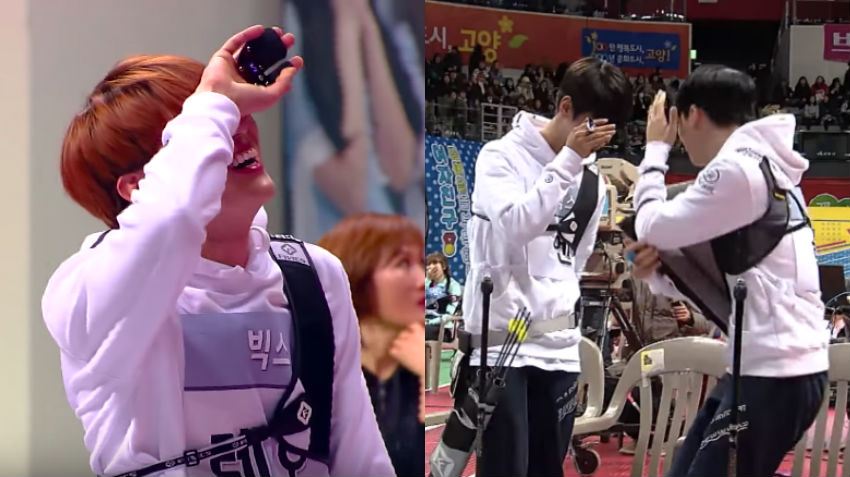 A newly released video from the MBC special “2017 Idol Star Athletics Championships” shows the entertaining reactions of Leo’s group mates as they watched him compete in the athletic events.

During his archery session, Leo managed to not only miss the board, but miss it so far off that he hit the sign next to it. The camera flashed to his group mates as they first just tried to laugh it off. When it happened again, they covered their faces in mock embarrassment as even Leo knelt to the ground. 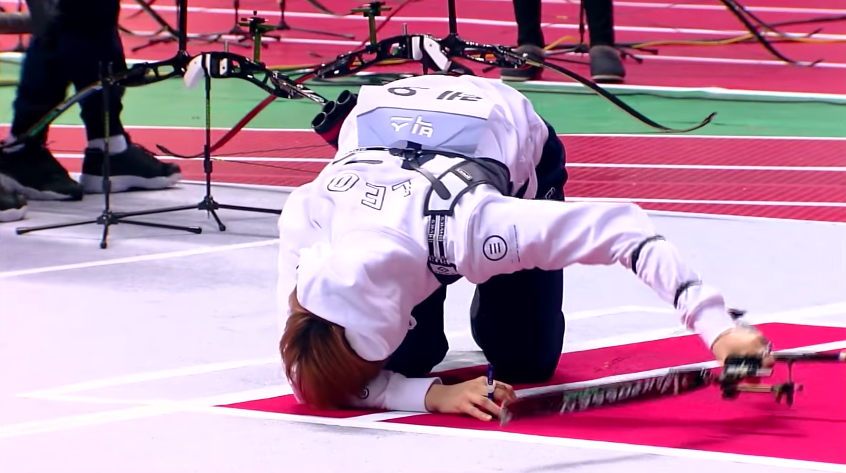 During the 400-meter relay, Leo’s clumsiness struck again as he unexpectedly fell down while running. He was able to adeptly roll back up and keep running but was then suddenly joined by Hongbin, who ran alongside him and continued to run him out of the track and into the locker room! 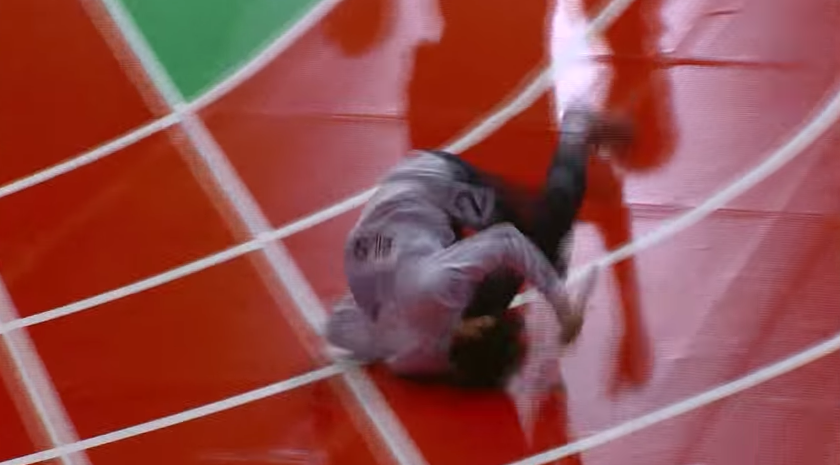 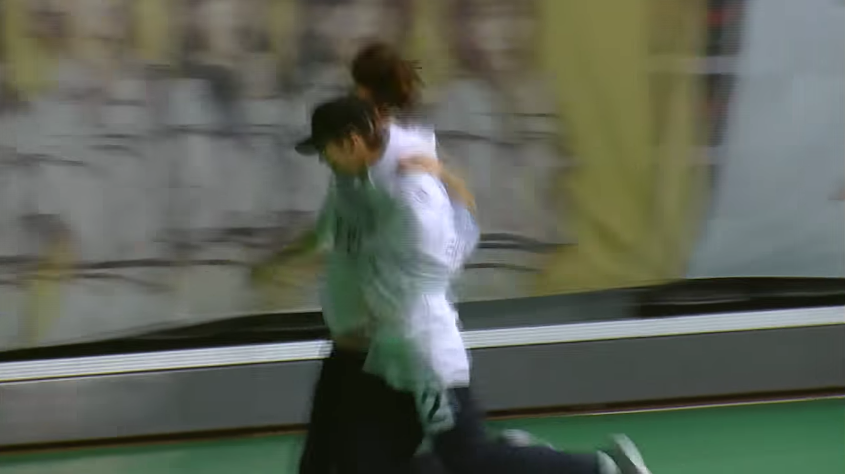 Check out the funny video below!