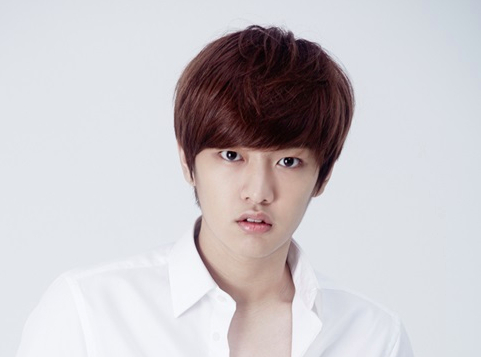 Shin Won Ho made his TV drama return through SBS’s “The Legend of the Blue Sea.” It had been four years since his appearance on KBS’s “Big” in 2012, and he sat down for an interview with Herald POP to share why it took him so long to come back.

He expressed, “After ‘Big,’ I hit a huge slump in acting. Despite receiving many role offers, I asked my agency to allow me to take a rest. The problem was that I had worked too hard when I was acting in ‘Big.’ I’ve reflected on myself since then, and I’m still thinking a lot about how to become a better actor.”

Shin Won Ho revealed that he auditioned for his role in “The Legend of the Blue Sea.” He said, “I was actually taking acting lessons and getting myself ready during the hiatus. At the final audition, I couldn’t hold back my tears when the producers announced that I had gotten the role. I tell myself to never forget that feeling. It’s all thanks to everyone’s love for Tae Oh that I was able to regain my confidence.”

“But I won’t be satisfied with this,” he claimed. Attributing his success to the the writer and director of “The Legend of the Blue Sea,” he vowed to become a better actor: “I’ll work hard to become a good actor who can portray a charming character on my own. My goal is to be able to convey emotions with my eyes and show better chemistry with my co-stars. To avoid being a burden, I want to perform my roles perfectly and make sure viewers don’t feel awkward watching me.”

On a lighter note, he revealed, “I’m such a huge fan of Ji Sung that I watched ‘New Heart‘ five times and made sure to watch everything he appears in. I really hope to work with him someday.”

Wrapping up the interview, Shin Won Ho gave his final greetings, “It was great returning to viewers with a TV drama after four years. I won’t be stopping anymore, and I hope we can maintain a relationship like that of marathoners, supporting each other in the long-term.”

Start watching “The Legend of the Blue Sea” below!

Shin Won Ho
The Legend of the Blue Sea
How does this article make you feel?