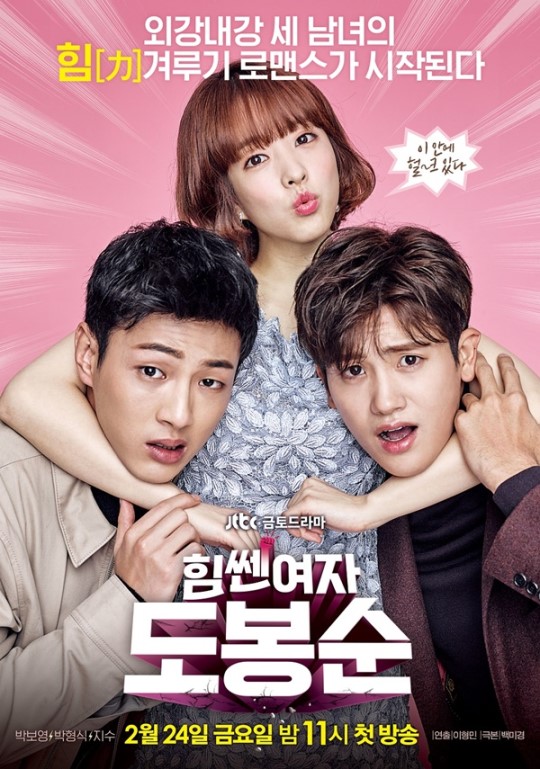 Park Bo Young’s poster shows her character Do Bong Soon sulkily asking, “What is ladylike?” while describing her as a woman with pure Herculean strength. 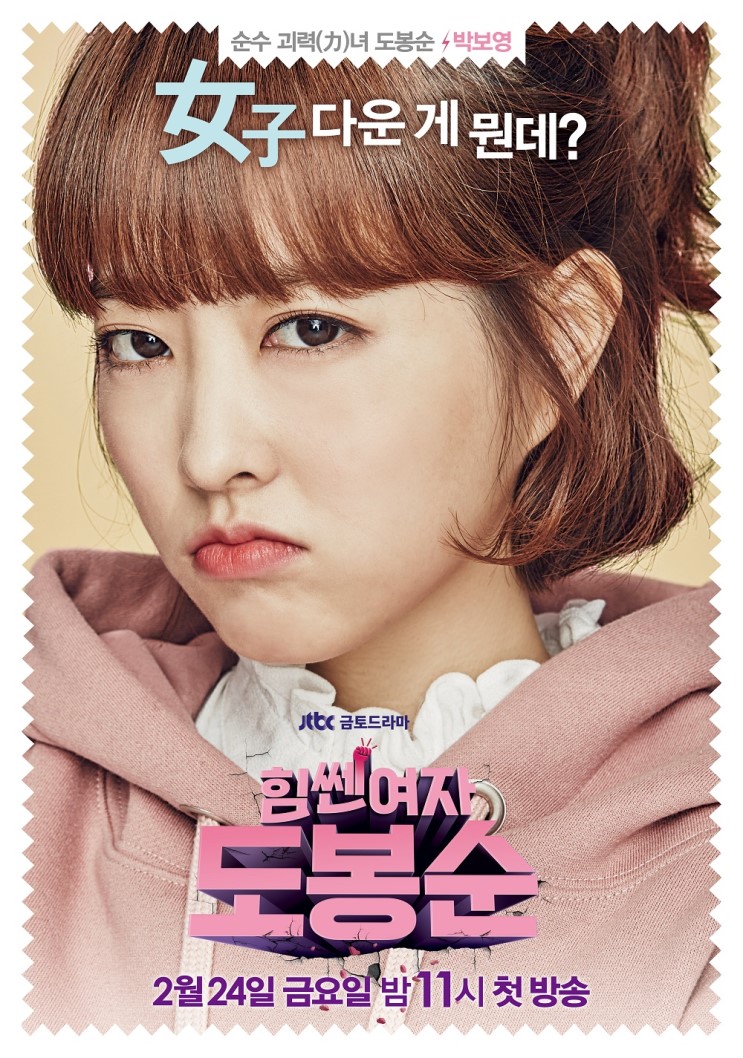 Park Hyung Sik, who plays Ahn Min Hyuk, the crazy CEO of a game company, is overflowing with charisma in his character poster as he bites down on a lollipop with a contrasting look of rebellion in his eyes. The poster describes him (rightly) as a man with fatal charms. It’s also a pun as the last character for the Korean word for “charm” is the same as the Korean word for “strength.” 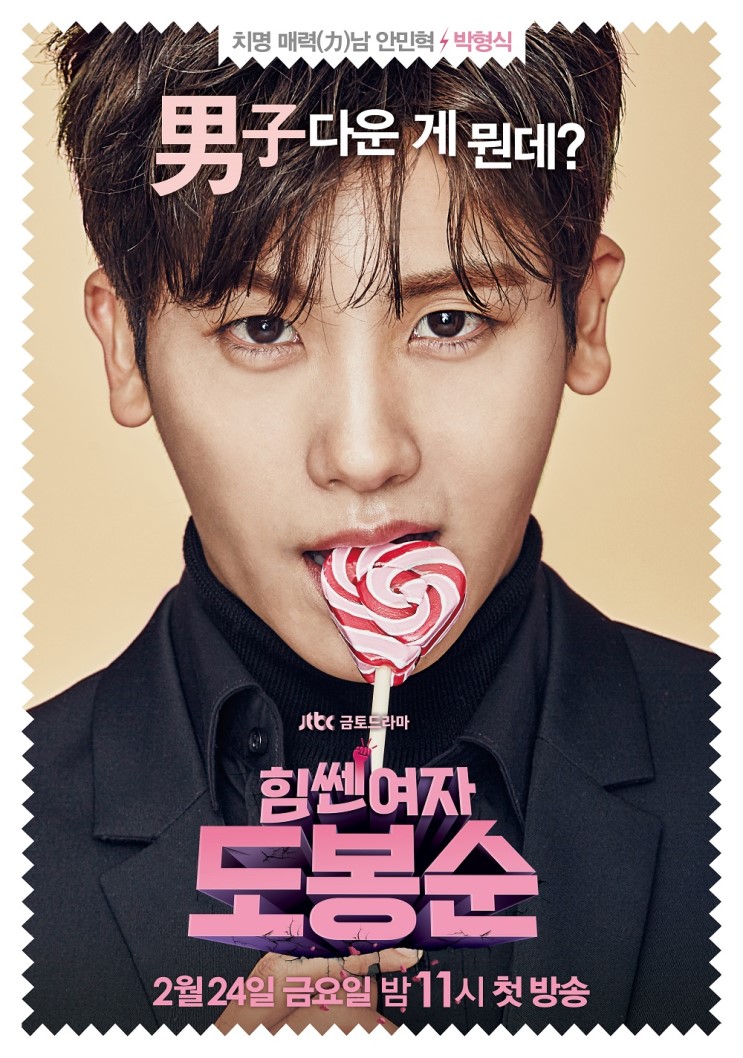 Finally, in Ji Soo’s poster, the heavy scowl and band-aid on his character In Gook Doo’s face create a tough and manly aura that ties in with his question, “What exactly are you people?” But the description hints that this isn’t all In Gook Doo is. He’s also a energetic and driven rookie investigator with a tsundere personality, which means a person who is seemingly cold-hearted but is actually a huge softie. 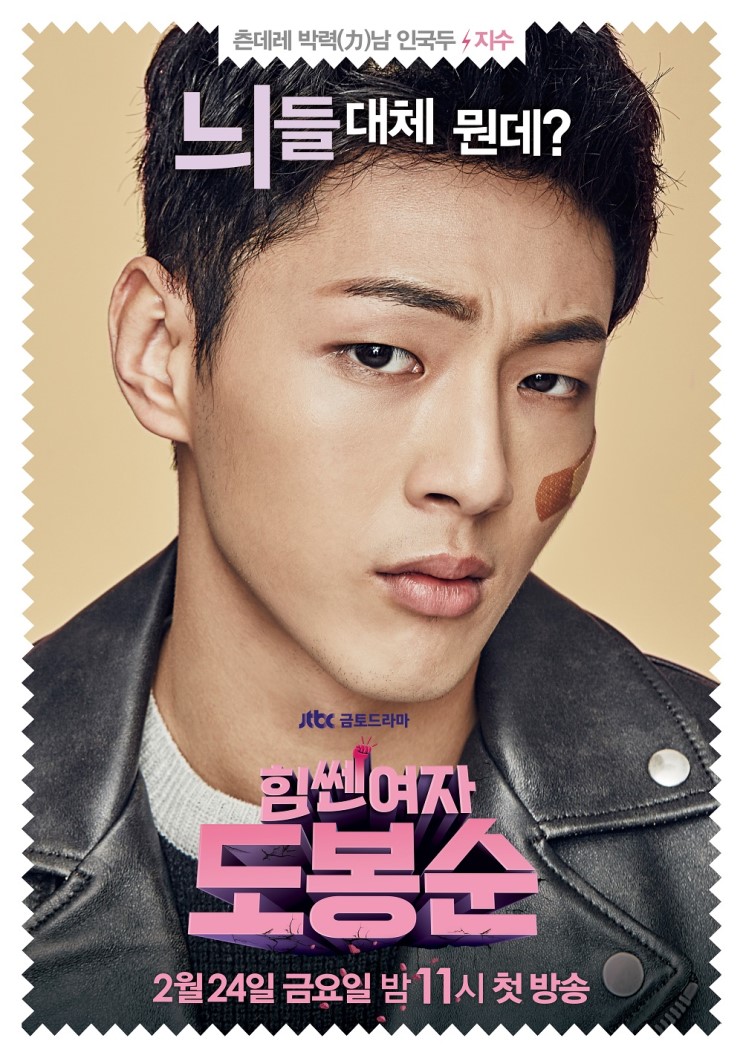 These posters alone are already raising the hype for the drama, or the “start of a romantic(?) battle of strength between these three characters with outward and inward strength,” as proclaimed by the main poster. The drama will begin airing on Friday, February 24, 11 p.m. KST.