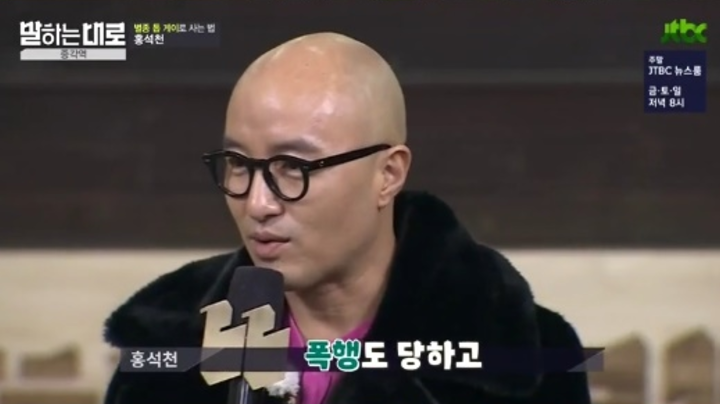 On the February 1 episode of JTBC’s “Talking Street,” Hong Suk Chun opened up about being bullied for being different as a child and coming out.

He first talked about the labels that have been put on him: “If you hear ‘Hong Suk Chun,’ what do you think of? ‘Bald,’ ‘business owner,’ ‘fashionista,’ ‘top gay.’ When I first was called ‘top gay,’ it was shocking. It made me think of how far the Korean entertainment industry has come.”

Hong Suk Chun came out in 2000. “Alone, I fought,” he said. When a close friend asked him what kind of person he thinks he is, he said, “I’m different.” Hong Suk Chun said to the studio audience, “I think I’m someone different who has a special charm.” 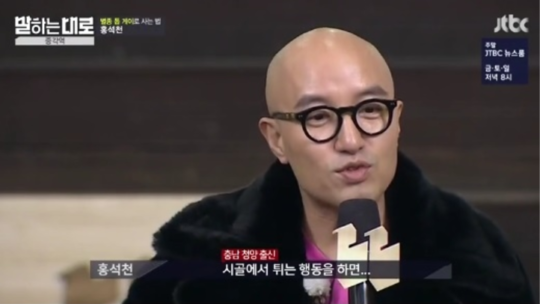 Hong Suk Chun talked about his childhood and what led to his coming out. “I was born and raised in the country. When my friends were running and playing outside, I played with my female friends.” He added, “I started to realize who I was in fourth grade in elementary school. But it took a long time. I even had a girlfriend when I was in the army. But men made my heart beat more than women, and I decided that I would follow my heart.” 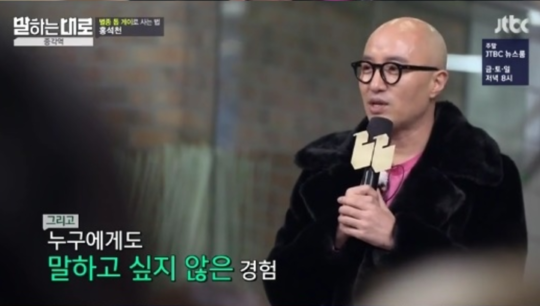 Hong Suk Chun was different, acted different, and others noticed, he said. “I was different ever since childhood. Acting different in the country side, I was made fun of for it. I was bullied. There are memories that I don’t ever want to speak of. When I was in middle school, I was sexually assaulted by the school bullies. Personally, it was a really hard time; I had been pretty good with school, but my grades plummeted.”

“Outwardly, I was fine, but mentally, I was just a shell.” 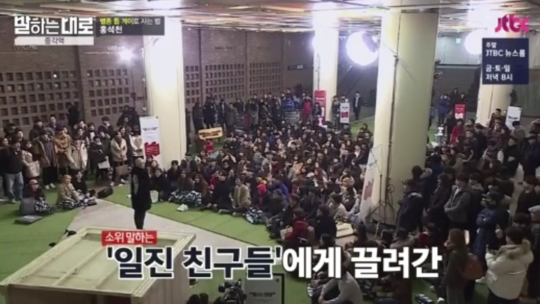 But he’s forgiven those that hurt him in the past, said Hong Suk Chun, explaining that he did so to escape his nightmares. “I had the thought that I would need to see [my bullies] and forgive them. So I went to see them, and now we’re back to being friends. Those times were like hell, but if I held on to that trauma, I think my life would have been ruined. That’s how I forgave.”