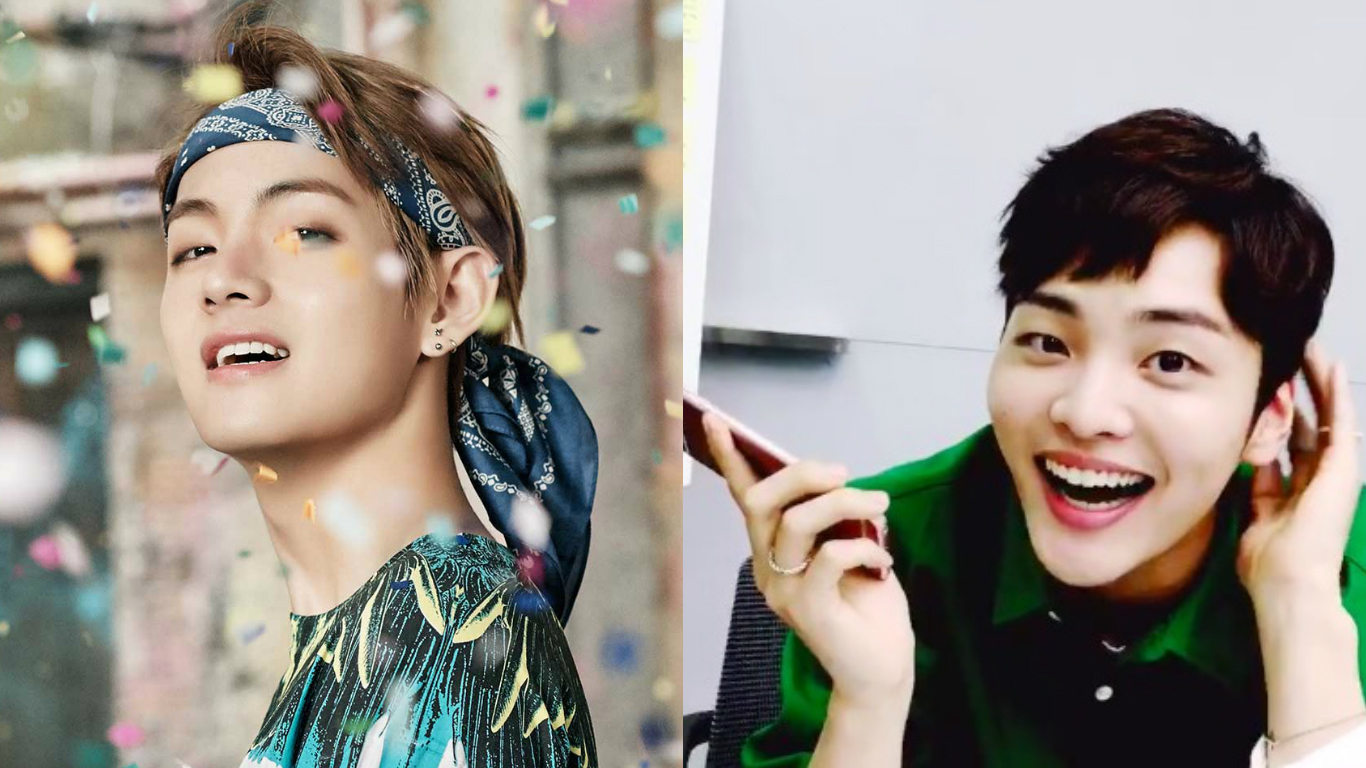 Fans had previously come to know about the pair’s friendship when they appeared together on the show “Celebrity Bromance.” During a live show on Naver’s V Live on the evening of February 2, one of Kim Min Jae’s fans asked him to prove his closeness with V by talking to him on the phone during the broadcast.

Kim Min Jae agreed to do it but pretended to hesitate after pointing out that if he didn’t pick up, it would seem like they weren’t good friends after all. “Why am I so nervous?” he joked as the phone rang.

Thankfully V picked up, and told Kim Min Jae he was eating dinner and mentioned the name of the Chinese food restaurant where he was. “It’s my first meal today,” he admitted. “We’re getting ready for our comeback now. Also we have to do our concerts soon.”

“I’m not really tired out,” replied V. “I’m just like this because there are a lot of things to do.”

V tried to ask Kim Min Jae how he was doing, but Kim Min Jae decided to take that moment to let V know that he was being broadcast over V Live. “Wow. Seriously?” said V in shock, and Kim Min Jae teased him for having said the restaurant’s name at the beginning of the call.

Kim Min Jae then asked him to confirm that they were friends for the fan who had asked, and V enthusiastically agreed they are. “Our concept photos came out today,” V also told Kim Min Jae. “ARMY is looking forward to [our comeback.]”

As the pair said their goodbyes, V cutely said to Kim Min Jae in English, “I love you!”

Watch the show here on V Live! The call with V starts at around the 10:30 mark.

BTS is currently preparing for their comeback with their new album “You Never Walk Alone,” which is set to be released on February 13. You can check out the concept photos V mentioned here!