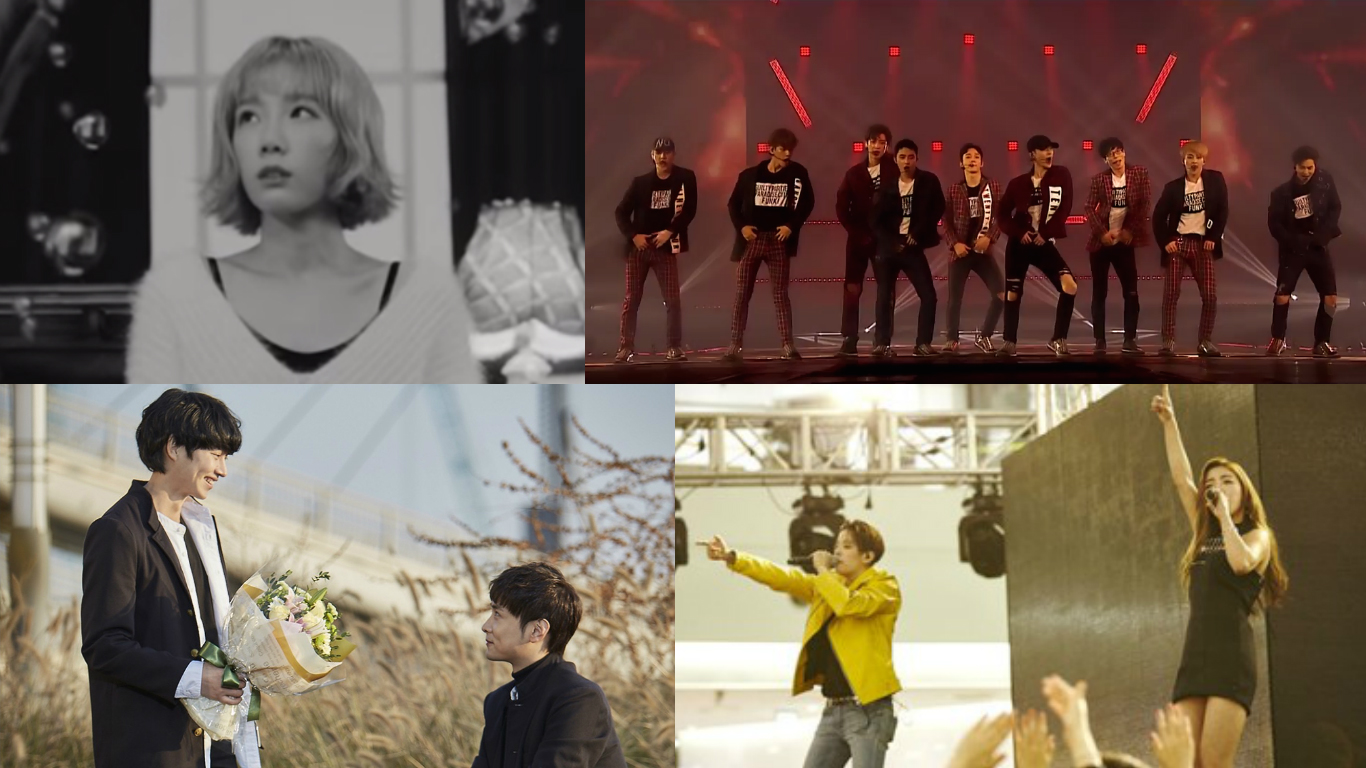 One year, 52 releases, and many collaborations later, SM Entertainment’s SM STATION has finished its “first season” on February 3, with the release of EXO’s Suho and jazz pianist Song Young Joo’s “Curtain.”

SM STATION is the agency’s digital music project that aims to showcase its artists and producers in music that’s often harder to find in their albums or normal releases. It also branched out to feature many other artists from other agencies, and brought much attention to many lesser known singers and composers. Several international artists such as Steve Barakatt, Orphée Noah, and Alesso also released collaborative tracks through the project.

In total, 85 different teams of artists took part in SM STATION, not just as singers or rappers, but also as composers, producers, and lyricists.

f(x)’s Luna participated in five different SM STATION tracks, making her the artist who featured the most in this project. Right behind her is fellow f(x) member Amber, who was involved in four of the tracks. EXO’s Chen, Red Velvet’s Wendy, and Girls’ Generation’s Hyoyeon also had strong showings, each being a part of three respective songs.

The SM STATION releases were noted for being experimental, featuring a wide variety of genres such as dance, EDM, R&B, hip-hop, rock, jazz, progressive metal, ballad, trot, and even classical. Many of these tracks brought together artists from different musical backgrounds, resulting in refreshingly new sounds. 18 of the songs were solo tracks, some self-written like Lay of EXO’s “Monodrama” and Amber’s “Borders,” while the remaining 34 were all collaborations.

While the project gained popularity and recognition for these atypical releases, many of these tracks recorded first place on the music charts as well.

The project started out with the release of “Rain” by Girls’ Generation’s Taeyeon on February 3, 2016. It did so well that it even earned the singer an “Inkigayo” win and a Digital Bonsang at the 31st Golden Disc Awards.

Notably, the proceeds from several of SM STATION releases, such as “Dancing King” and “Sound of Your Heart,” were donated to charity as well.

f(x)’s “All Mine” and Girls’ Generation’s “Sailing (0805)” also received lots of love and marked first place on the charts. Both songs are particularly meaningful, as the music video for “All Mine” was directed by Amber herself, and “Sailing (0805)” featured lyrics penned by Sooyoung herself in honor of Girls’ Generation’s ninth debut anniversary.

Some other noteworthy tracks included Hyoyeon’s first solo track, S.E.S’s release in honor of their 20th anniversary, TRAX’s reunion in over five years, and a tribute to South Korea’s Olympic and national athletes.

SM Entertainment has stated that SM STATION will soon return with a “second season,” and promised an even wider variety of music and more collaborations with international artists.

What were some of your favorite SM STATION tracks over the past year?