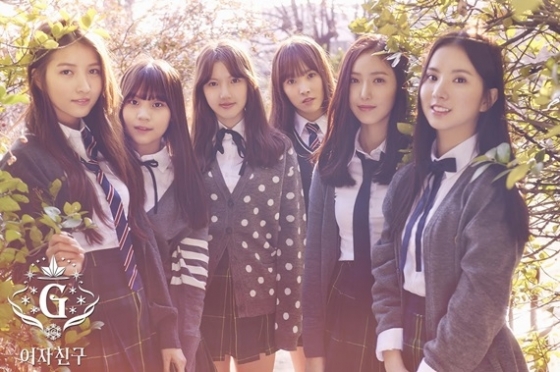 GFRIEND has set another record for themselves!

According to their agency Source Music, “Rough,” the title track of GFRIEND’s third mini-album, has surpassed the 100 million streaming mark on the Gaon Charts as of January 3. The achievement is more noteworthy as it was accomplished approximately a year after the song was released.

This is the girl group’s second song to hit the 100 million mark following “Me Gustas Tu,” which completed this achievement in August 2016. GFRIEND has now earned the title of “Double 100 million Streamers.”

GFRIEND has had successful runs with all four of their title tracks so far, and their great track record on music charts has earned them the nickname of “Stuck to the Charts.”

Congratulations to GFRIEND for the wonderful achievement!

GFRIEND
Gaon Chart
How does this article make you feel?