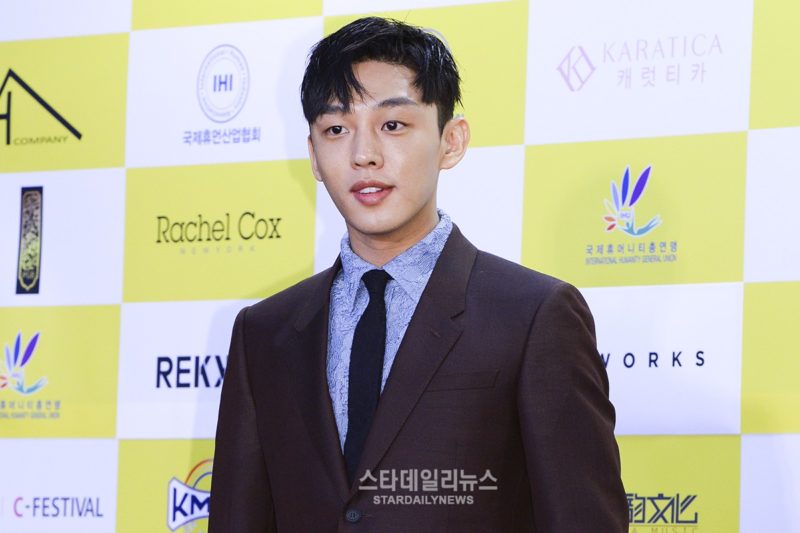 Yoo Ah In is in talks for the lead role in tvN’s “Chicago Typewriter” (tentative title).

In response to reports about his appearance in the drama, a source from Yoo Ah In’s side clarified, “It is true that we received an offer for the role, but it is one of the many works we are looking into.”

“Chicago Typewriter” was written by the writer of “The Moon Embracing the Sun” and “Kill Me, Heal Me.”

With reports about Yoo Ah In preparing for his next drama, people are beginning to wonder when he will enlist. Last December, Yoo Ah In received a “needs re-evaluation” result in his medical checkup for the third time. Due to a past shoulder injury, he is having trouble passing the checkups and had to repeatedly postpone his enlistment.

In an interview last July, he explained, “No matter how reasonably things are dealt with, there will be people saying, ‘Why isn’t he fulfilling his military duties?’ I thought about waiting until my enlistment is confirmed, but then again, I didn’t want to waste the time I have just because of what others are saying about me.”

Meanwhile, it was previously reported that Park Shin Hye also received an offer to star in “Chicago Typewriter.” The drama will be airing in March as a follow-up to “Tomorrow With You.”

Star Daily News
Yoo Ah In
How does this article make you feel?