7 Of The Best Moments From GOT7 In Los Angeles

Thanks to SubKulture Entertainment, GOT7 graced us with their beauty and talent for ‘The GOT7 FLIGHT LOG: TURBULENCE IN USA 2017 fanmeet’ and we’re still trying to recover! The boys had 5 stops on their tour across the U.S. However, we met them at the last stop, Los Angeles. If you weren’t there, don’t worry, because here are the 7 best moments from the show!

1. The Fan Service At The Fanmeet Was Real

The show started off with an amazing performance and then let into a very fun and intimate Q&A! There were so many great highlights, but here are our favorites! When asked what kind of girl he likes, Yugyeom said “Sexy, cutie, IGOT7.” BamBam went next, and continued off of Yugyeom’s statement by saying, “I like a girl that is sexy inside. Is it you? It’s you right? What’s your name?” while pointing to a very special fan! How much more fan service could a fan ask for? We’re still dying! 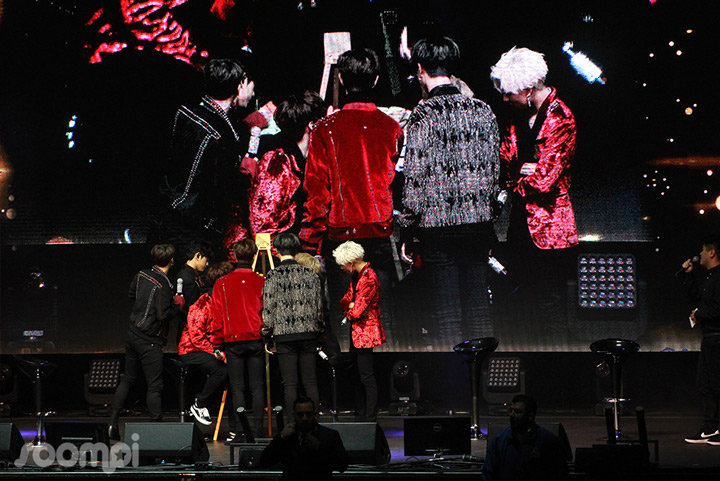 From “Guess the Song” to losers needing to suck in Helium and perform “Hard Carry,” the game portion of the concert was amazing! However, the best game was “Jegichagi,” which is very similar to hacky sack. Random fans from the audience were teamed up with individual members, and were given extra special fan service which filled us with envy! But one lucky fan got a little extra special attention when Jackson held her hand and walked her to the front of the stage while explaining that “we’re the Wang Family” since they both share the last name. Lucky, right?! Another fan, made the crowd burst out into laughter when Yugyeom accidentally hit her in the chest with the Jegi and she jokingly fell to the floor. When the games ended the audience was sad that it was over, but ready to get back to dancing!

As a mini intermission for the group during the concert, we got a very special Behind The Scenes look of the filming of “Hard Carry.” The video segment went through various categories like “1:30AM in Mysterious Forest” and “Unexpected Landing.” Each moment shared special moments from GOT7 on set which were a real fan treat. However, the obvious fan favorite was “Deep in Water,” which had all the members swimming together while sharing lots of skinship!

The love for LA from the boys was serious! All night, they went on about how much they love Los Angeles. Of course, the most excited was Mark since he was back home! But, Youngjae had a very special guest attend the show. So when it came to the final speeches, there was a very special shout out to American singer and special guest, Elliot Yamin. Youngjae thanked Elliot and stated that he was accepted into JYP by singing one of Elliot’s song at the audition. Youngjae even went on to say LA feels like a second home to him. All of the members, said how sad they were that this was the last stop of their U.S. tour but how happy they were that the final stop was Los Angeles. California loves you back, GOT7!

During the goodbye speeches, each member gave a heartwarming speech to the fans which made us want to cry! When it was Jackson’s turn, his eyes met the crowd and gave us the motivation that we needed to start the year right. “Look at this crowd! Look at this passion! Happy New Year! Do what you love to do and what makes you happy. Do it for yourself. Haters will never be satisfied. Do it for yourself. Best of Luck!” 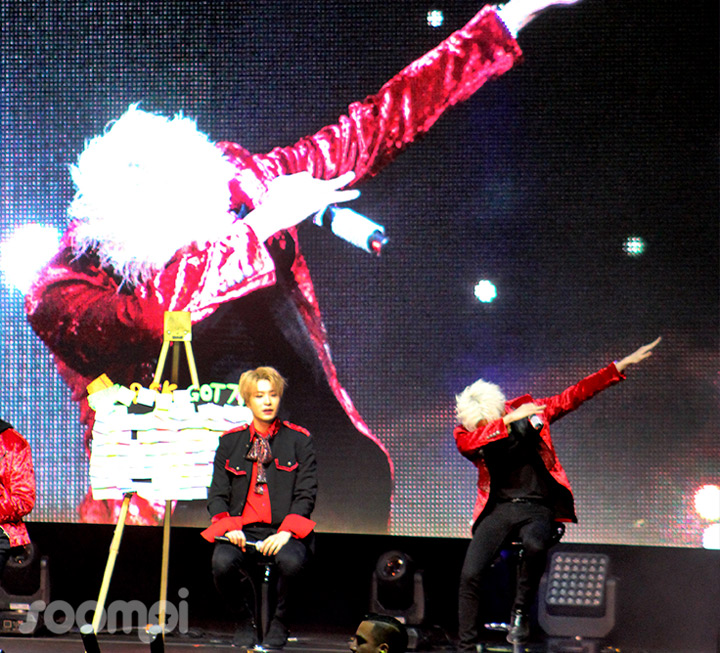 BamBam’s still dabbing and no one can stop him!

7. All Of The iGOT7s In One Place Together 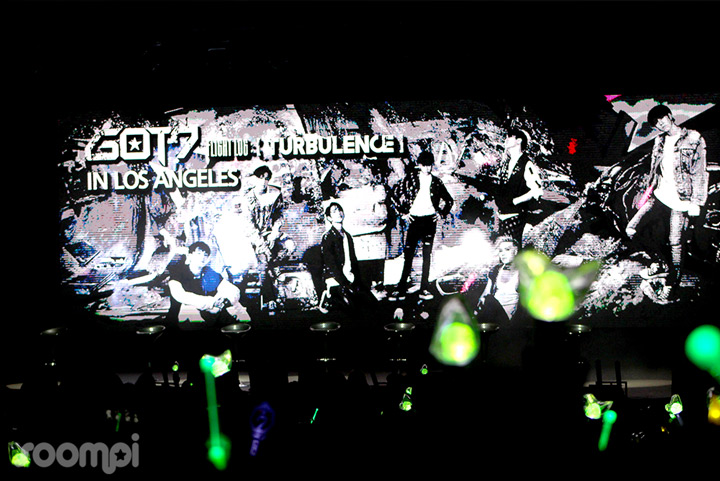 As the lights were turned down, the whole room was flooded with green light sticks in the air. A beautiful welcome for GOT7 as they walked onto the stage. The front of the Pasadena Civic Auditorium was so packed before the concert that people were super curious about what was going on. Dancing all night with all of you to songs like “Hard Carry” and “Fly” was the true highlight of our night! GOT7 would be proud!

Angie Mills is new to the Bay Area and has been working in K-pop for the last four years! When she’s not K-popping, she enjoys traveling, video games, and rock climbing