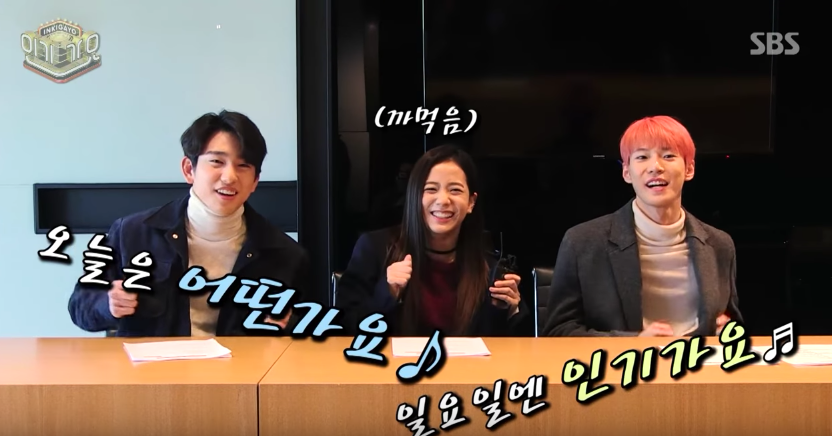 Watch: GOT7’s Jinyoung, BLACKPINK’s Jisoo, And NCT’s Doyoung Are Giggly While Talking About Being “Inkigayo” MCs

The new “Inkigayo” MCs have so much promising potential and their chemistry is already growing!

On February 3, SBS revealed a look into GOT7’s Jinyoung, BLACKPINK’s Jisoo, and NCT’s Doyoung meeting each other in order to go over the script for the music show.

While they couldn’t help be awkward as it’s their first time actually seeing each other all in one place, the three idols tried their hardest to ease the atmosphere. 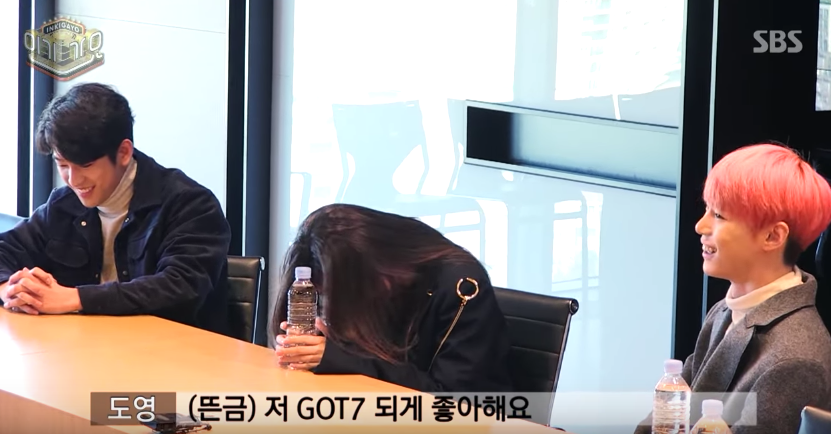 After shy introductions, Doyoung suddenly turned to Jinyoung and said, “I really like GOT7,” while Jisoo burst into laughter at the unexpected confession. Jinyoung replied, “I really like NCT [also].” The GOT7 member later happily commented, “I’ve made new celebrity friends.”

During the actual script reading, the three idols also practiced a possible introduction they could use, made up on-the-spot by Doyoung.

To finish things off, they relayed their thoughts about working together and their new MC positions. Jisoo and Doyoung explained that they were extremely thankful for the opportunity and promised to work hard. 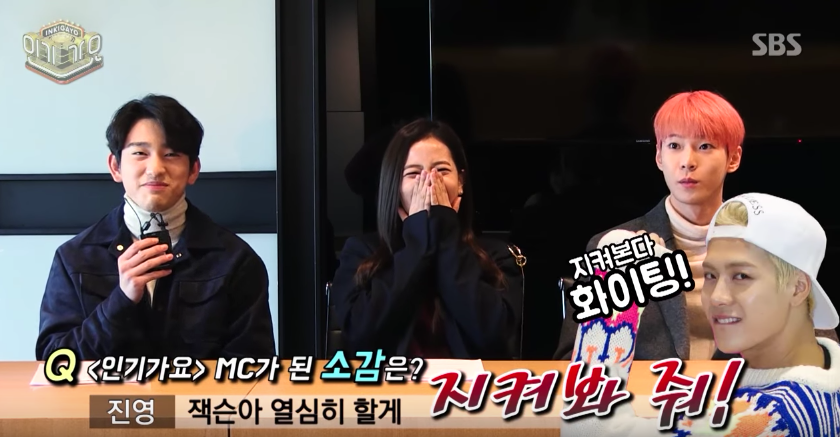 However, Jinyoung had a more hilarious response, and suddenly said, “Jackson, I’ll work hard,” since his fellow member was a former “Inkigayo” MC. He went on, explaining that Jackson had said he would be carefully watching how Jinyoung does. Doyoung also revealed that the NCT Dream members congratulated him the most.

They went on to talk about their “roles,” and Jisoo semi-jokingly said, “Since I’m the only girl, I’ll take on the main character role.” While Jinyoung decided he will be the reliable one because of the way he speaks, Doyoung confidently expressed that he would be bright and cute since he was the youngest. Of course, Jisoo and Jinyoung couldn’t let go of the opportunity, and asked him to demonstrate a cute act (aegyo).

The three idols signed off with their new chant, before asking everyone to tune in to their first live broadcast on February 5, at 12:10 p.m. KST.

Watch all their giggly moments below!