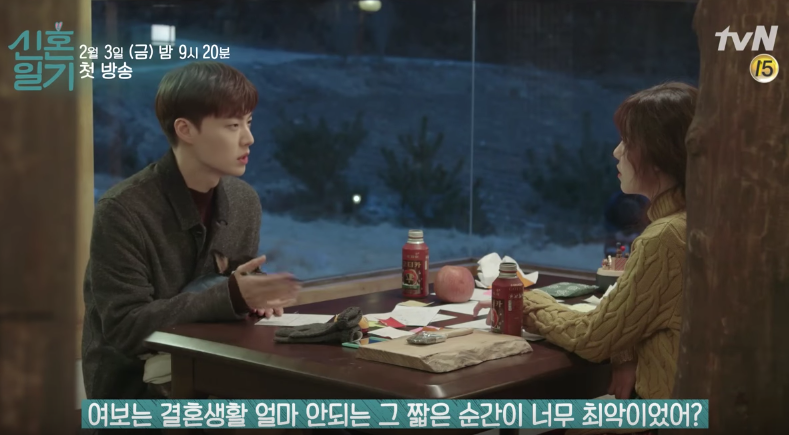 Ever since they’ve revealed their relationship, Ahn Jae Hyun and Ku Hye Sun have been the goal (and envy) of many for their adorable love story.

However, just like any other married couple, they also have times when they disagree and argue.

In a previously revealed clip of the couple’s newest reality show on tvN, “Newlywed Diary,” Ahn Jae Hyun and Ku Hye Sun appear to be debating about chores, and more.

The actress said, “Everyday there’s so much to I have to clean at this house and to throw away, but if you hate it too…”

The scene cut to Ahn Jae Hyun asking, “Are you saying that the short time we’ve been married has been that bad?” “I’m not saying that it was the worst-,” she replied, before he argued, “It sounds like you’re saying it’s the worst.”

Producing director Na Young Suk explained that since the show aims to show their newlywed life, “of course they’ll be shown fighting as well.” However, he clarified that the majority of it isn’t filmed. “Once they start arguing, they’ll go into a room with no cameras and talk it out for about six hours,” he revealed.

“Newlywed Diary” premiered on February 3, and the two actors shared stories from when they were still just “Blood” co-stars, and how their first kiss happened.

Disagreements are bound to happen in any relationship, but even during these moments, you can tell how much Ahn Jae Hyun and Ku Hye Sun are smitten with each other!