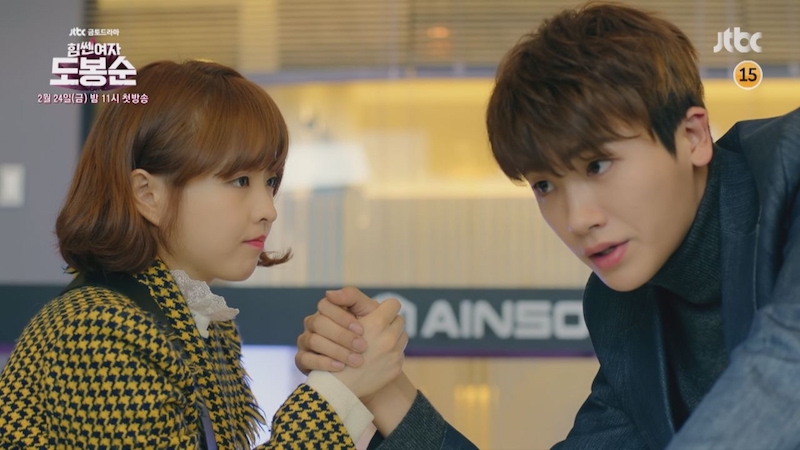 In the video, Park Bo Young’s character, Do Bong Soon, proves that she rules the roost wherever she goes. Incredibly strong and equally fearless, she faces down road rage, neighborhood gangs, and piggybacks unconscious men without turning a hair.

In one memorable scene, she and Park Hyung Sik lock eyes and hands in an arm-wrestling match that can only end in one way.