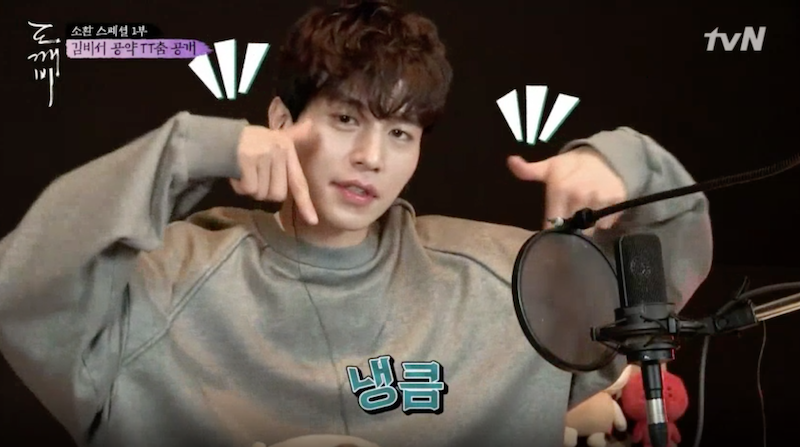 The actor had promised to dance to TWICE’s “TT” if “Goblin” surpassed 20 percent in ratings. According to Nielsen Korea’s paid platform household average, “Goblin’s” final episode achieved an average viewership rating of 20.5 percent, with a high of 22.1 percent. So on the February 3 special episode, Yook Sungjae reminded Jo Woo Jin of his promise.

With Yoo In Na and Lee Dong Wook watching the recording, Jo Woo Jin did the dance as promised. After laughing at the sight, Yoo In Na prompts Lee Dong Wook to do a little dance of his own.