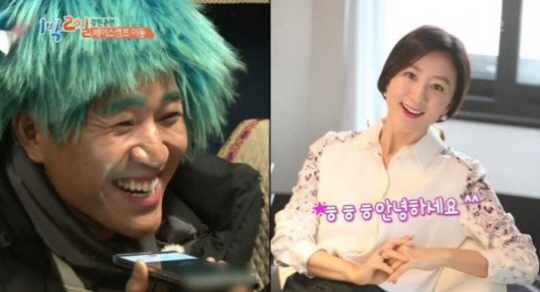 In the February 5 episode of “2 Days & 1 Night,” Kim Jong Min was the quintessential giddy fan as he typed out a message to Kim Hee Ae inviting her to the show, under the encouragement of the production team. The invitation is for a “Daesang Special,” which is just a suggestion by Kim Jong Min, not an official plan.

The message he sent said, “How are you, Senior Kim Hee Ae? I am the excited fool Kim Jong Min. I want to talk to you over the phone. Can I call you? Uhahaha.” 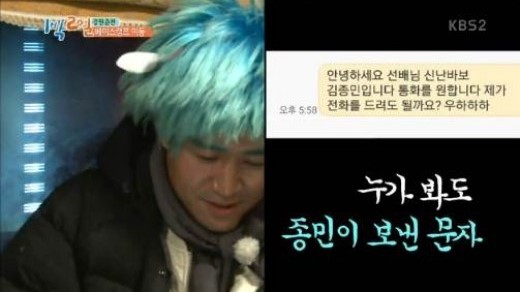 Kim Hee Ae replied with a “Yes ^^” and Kim Jong Min immediately made the call. But he was so overwhelmed that he was stumbling over his words and rambling on about unrelated topics, so the laughing Cha Tae Hyun took over and explained the situation to her.

“Kim Jong Min just received a Daesang award, so there are plans to gather people who’ve won a Daesang. We’d be grateful if you could come,” said Cha Tae Hyun.

Kim Hee Ae readily replied “Of course,” which made the cast erupt in cheers. Kim Joon Ho and Defconn also took turns talking to her, and the way they showed their unrestrained admiration had the other members in fits of laughter. 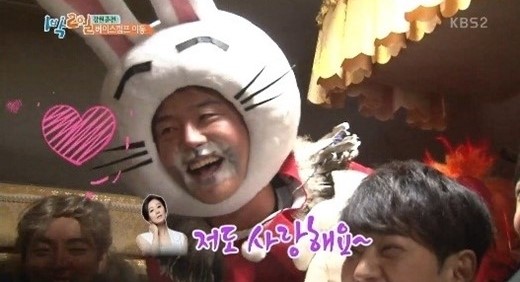 However, Kim Hee Ae took it all in stride, and even said to the members, “This is the most exciting day I’ve had this year, thank you.”