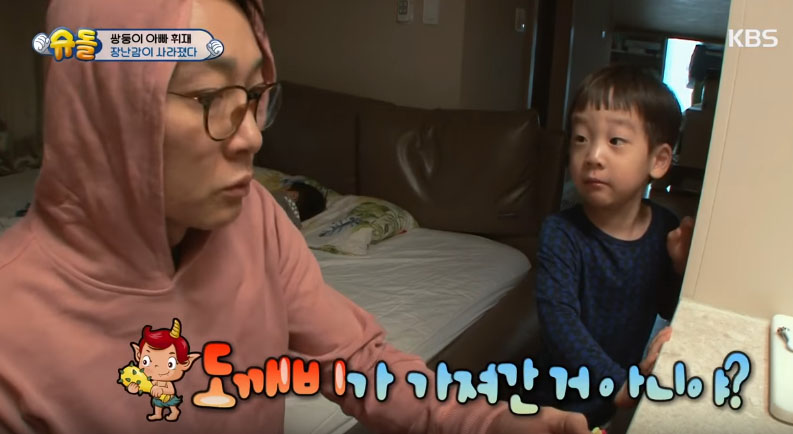 One family on “The Return Of Superman” was visited by their very own goblin!

On the February 5 episode of the show, Lee Hwi Jae became frustrated when his twin sons, Seo Eon and Seo Jun, continued playing with their toy cars instead of eating their breakfast. He finally put his foot down when something during playtime caused the boys to start fighting.

“If you start fighting because of your toy cars, a goblin is going to come and take them away,” he warned.

However, Lee Hwi Jae noticed that the boys were not taking their father’s words very seriously, so he hid their toys later that night. 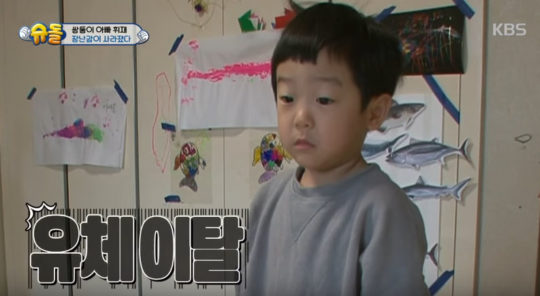 Upon discovering his toy cars were missing in the morning, a surprised Seo Eon asked, “The goblin didn’t take them away, did he?”

Lee Hwi Jae took out his cell phone and pretended to report the case to the police, who was actually just a friend helping along the prank by pretending he was a cop.

“The children didn’t eat their meals or listen to their parents? These days, goblins steal because of that. Breakfast is essential,” the policeman insisted, adding that goblins are always watching.

Find out if the boys ever get their toys back in the full episode below!

The Return of Superman
Lee Hwi Jae
How does this article make you feel?