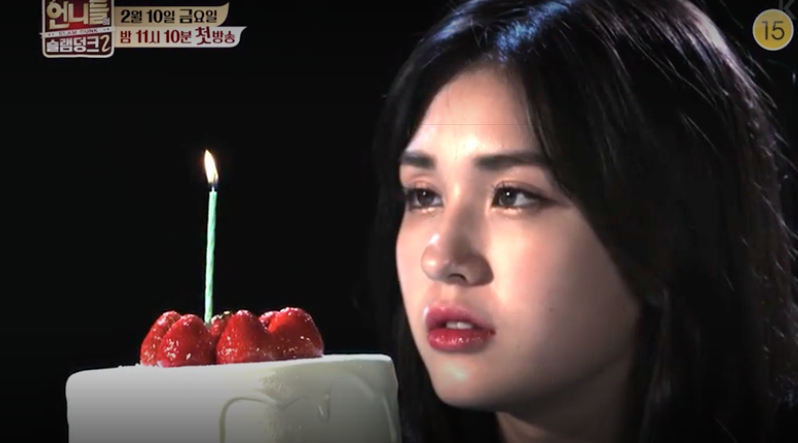 Jeon Somi is joining the newest cast of “Sisters’ Slam Dunk” for the show’s second season!

The released teaser parodied tvN’s “Goblin” as Jeon Somi channeled Ji Eun Tak by wistfully blowing out a candle on a cake. Suddenly, Kim Sook and Hong Jin Kyung appeared, saying, “Were you the one who called us?” and walked over to her dressed like Kim Shin and the grim reaper.

The teaser then showed the rest of the cast members such as Gong Minzy, Han Chae Young, and more, causing many viewers to anticipate the show’s return.